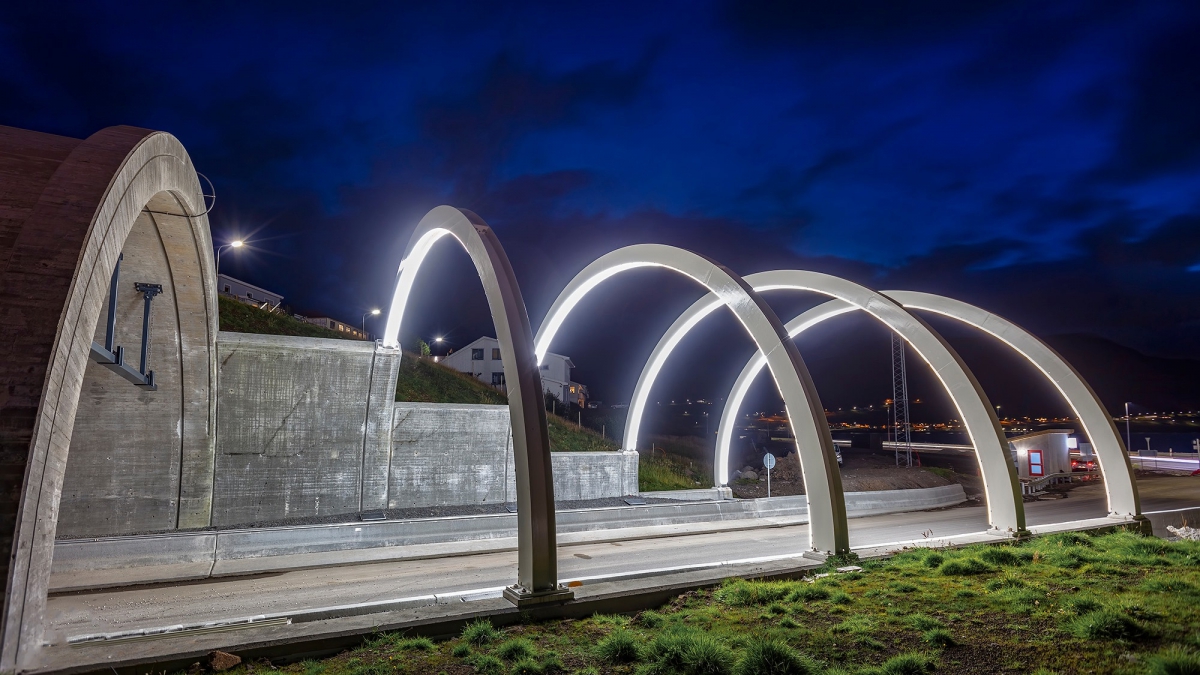 A population growth of 1.5% is significant, even though the growth has slowed down from the previous 12-month period, which saw an increase of 919 people (1.8%). This difference is mainly due to a slight decline in net migration.

The past few months have been unusual in many respects as the Covid-19 pandemic has significantly affected Faroese society. It is perhaps too early to determine the exact degree to which this has affected the difference in population growth over the past year. The graph below shows that this difference is not large enough to be reflected in the long-term population trend. 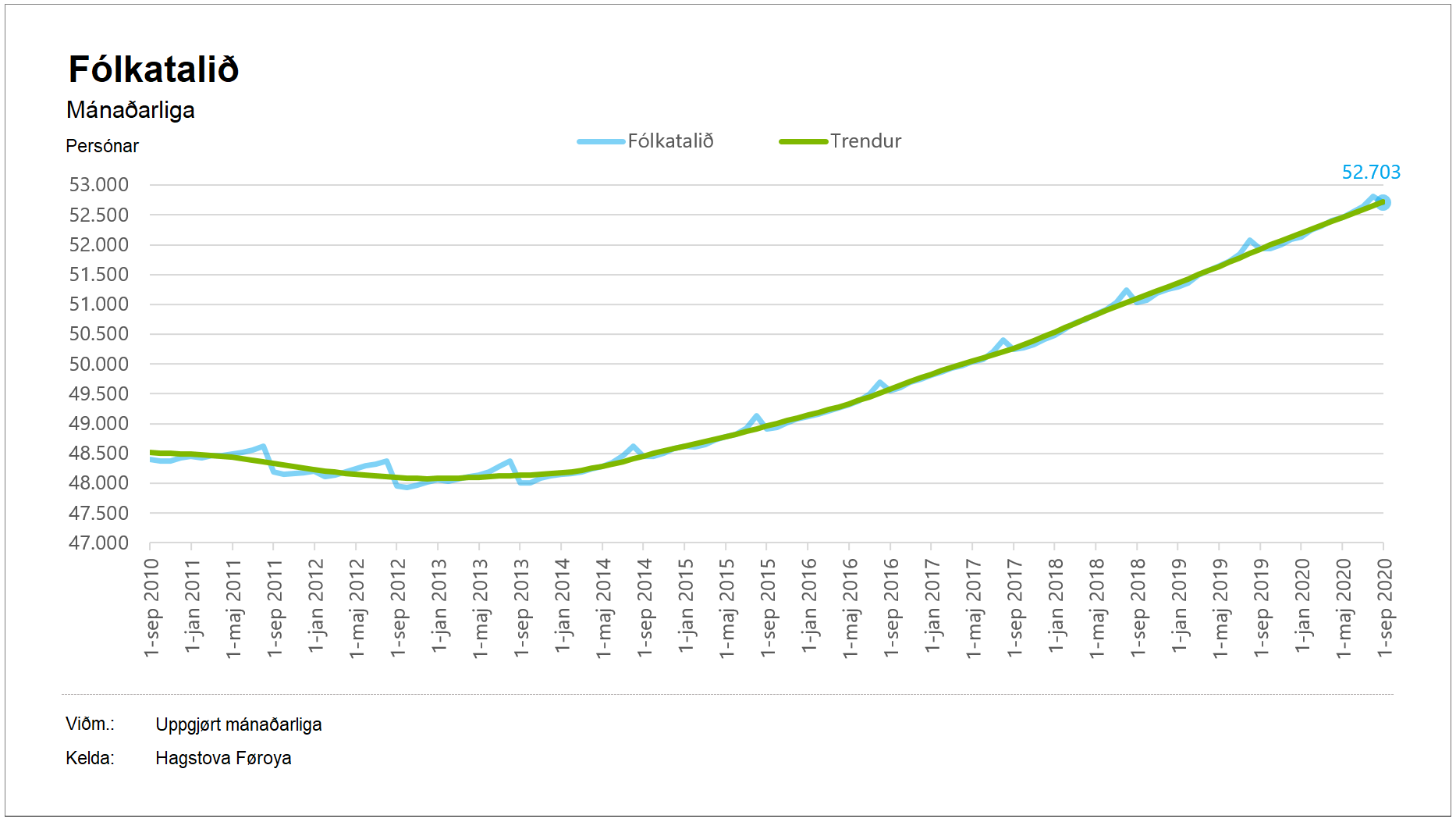 The highest year-on-year population growth is seen in Eysturoy and the capital region (1.9% and 1.8%, respectively), which are located at each side of the upcoming subsea tunnel. 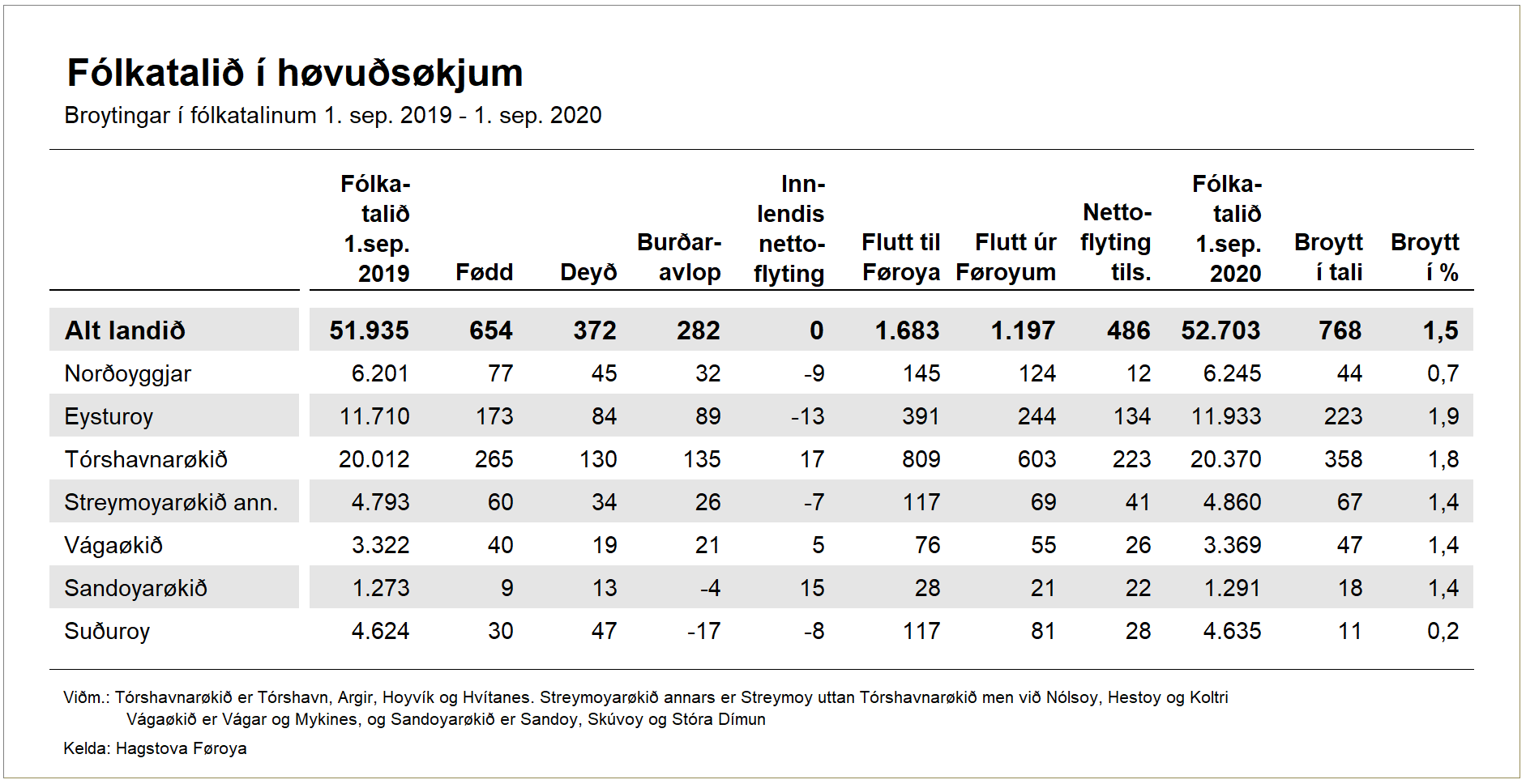 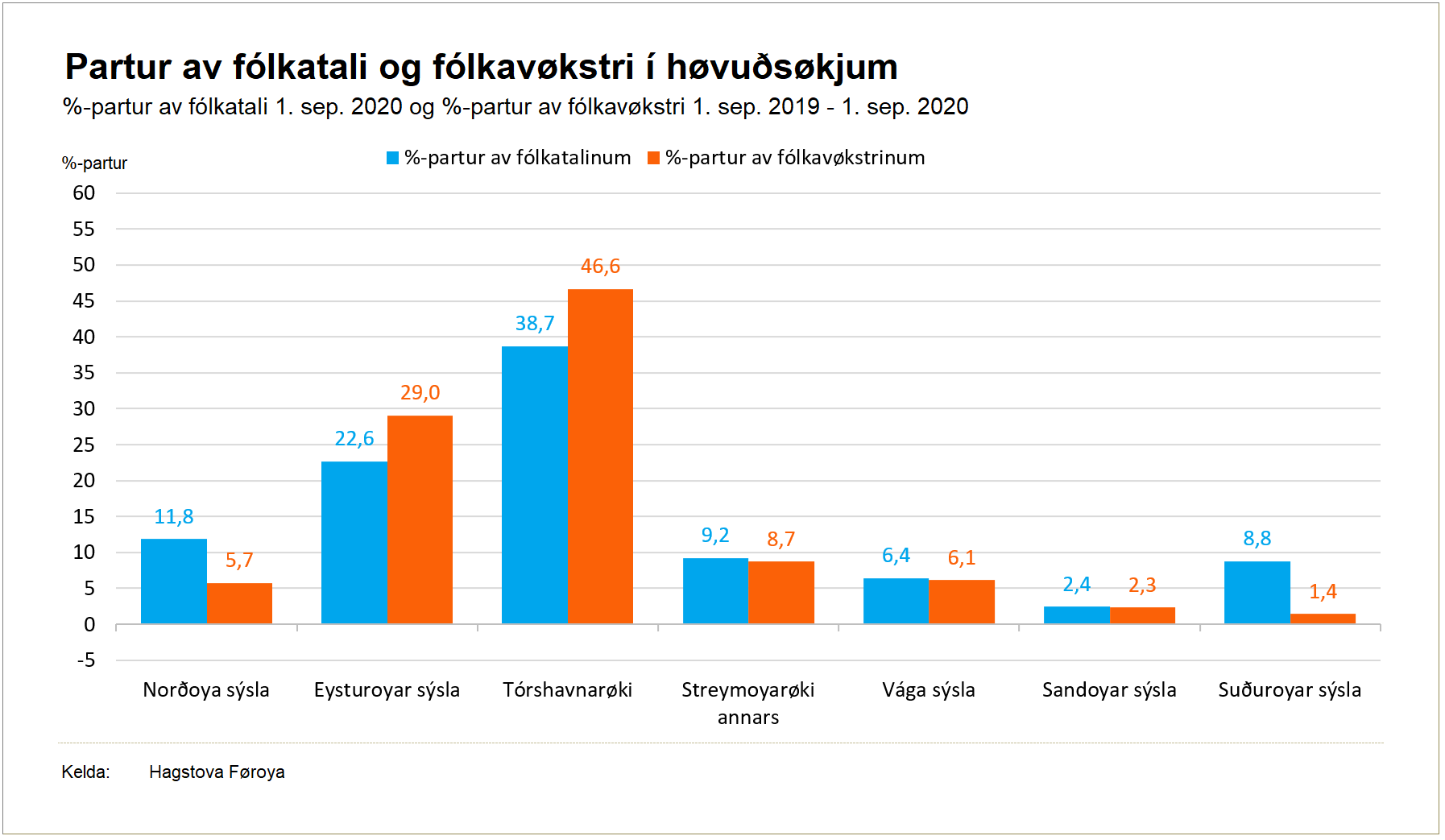