Maria and Anna have been the most popular women’s names for the past two decades, as have Jákup og Jógvan for the men. But new names are starting to climb up the list of popular names across the Faroese population 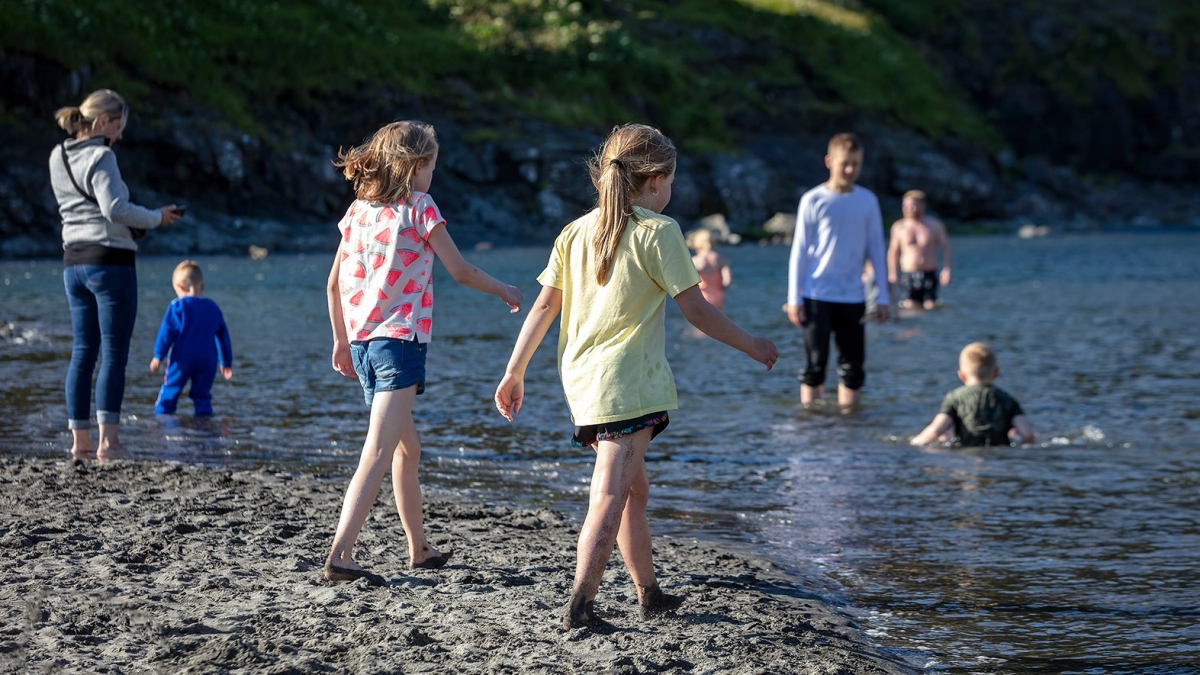 Maria and Anna are followed by Annika, Marjun, Beinta and Katrin on the top 6 list of popular Faroese names in 2019 – the exact same order as in 2001.

Far out in front on the men’s list are Jákup and Jógvan, just like 18 years ago. They are followed by Rúni, Bárður, Høgni, Martin and Magnus. 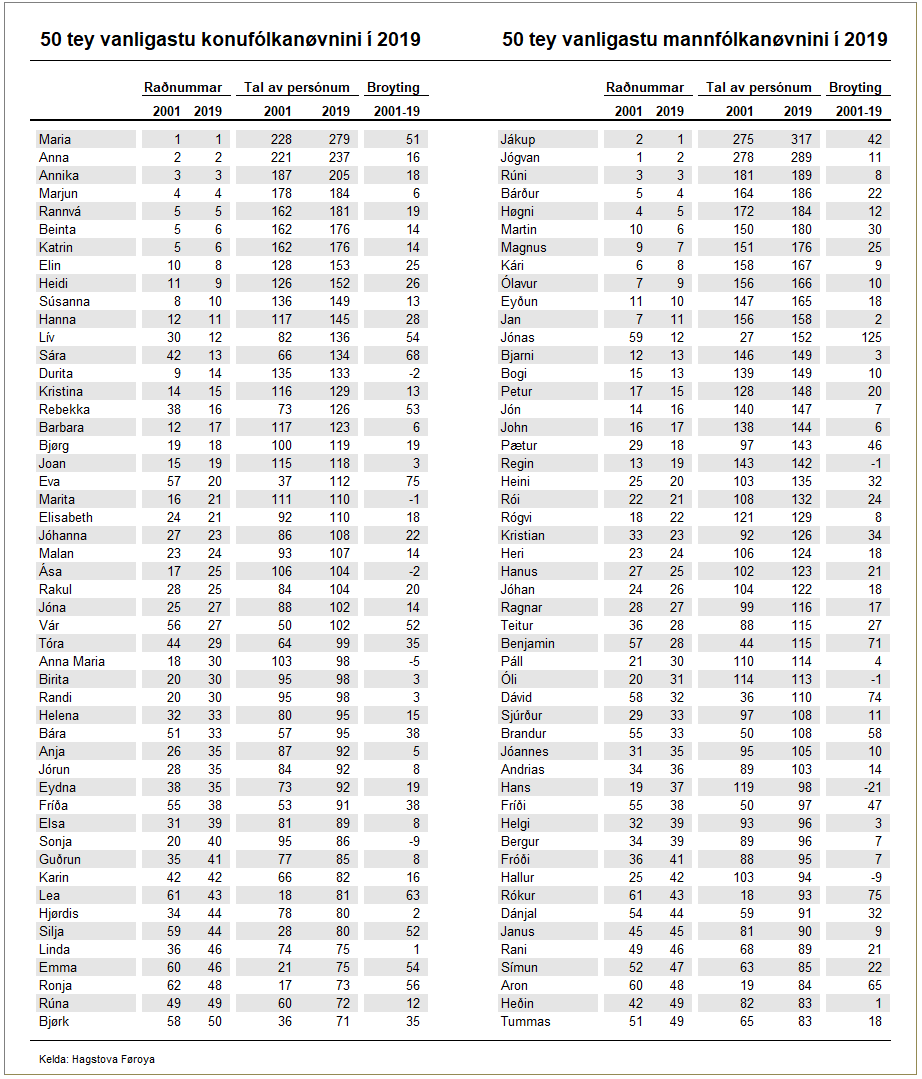 The above list covers first names of persons residing in the Faroe Islands on 1 January 2020. All names are listed in accordance with the national register. Double first names, e.g. Hans Petur or Anna Maria, are listed as a single name.

As it can take up to six months before a child is named, the name list is updated after 1 July.