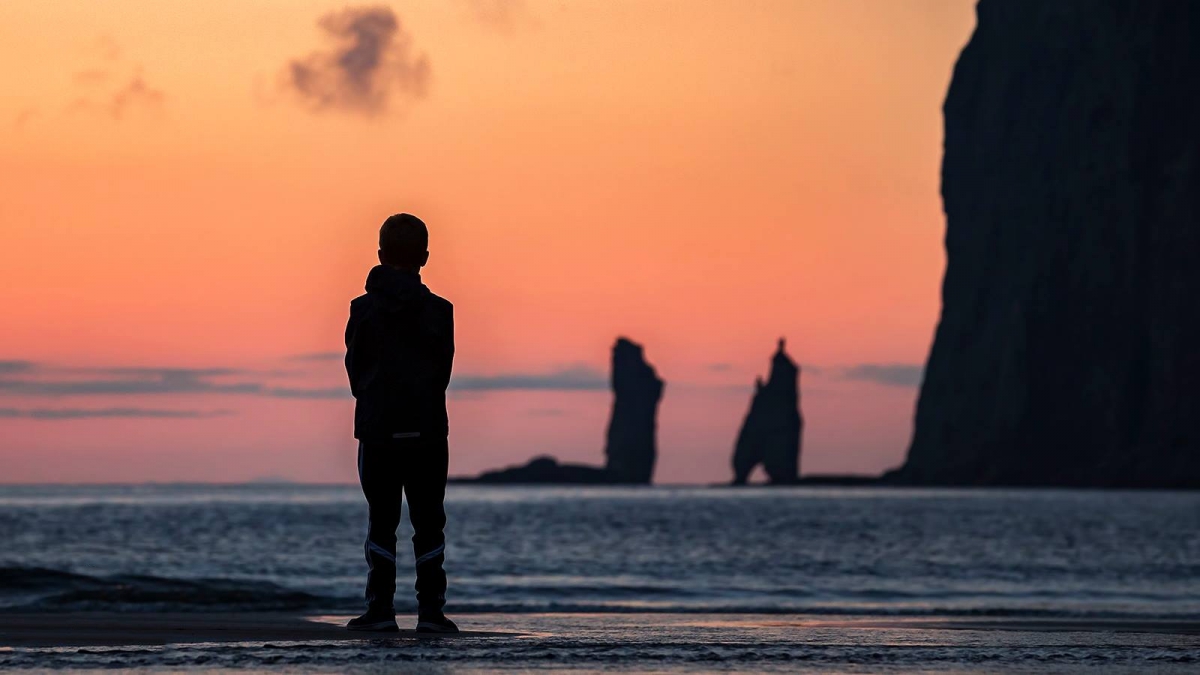 Since the population started to rise again in late 2013/early 2014 when the population was around 48,300, the figure has been on a steady rise, with approx. 70 new citizens being added to the total every month.

The graph below shows continued population growth. New migration patterns, with decreasing emigration and increasing immigration, are a key reason for this growth. The excess of births over deaths has also increased in recent years. 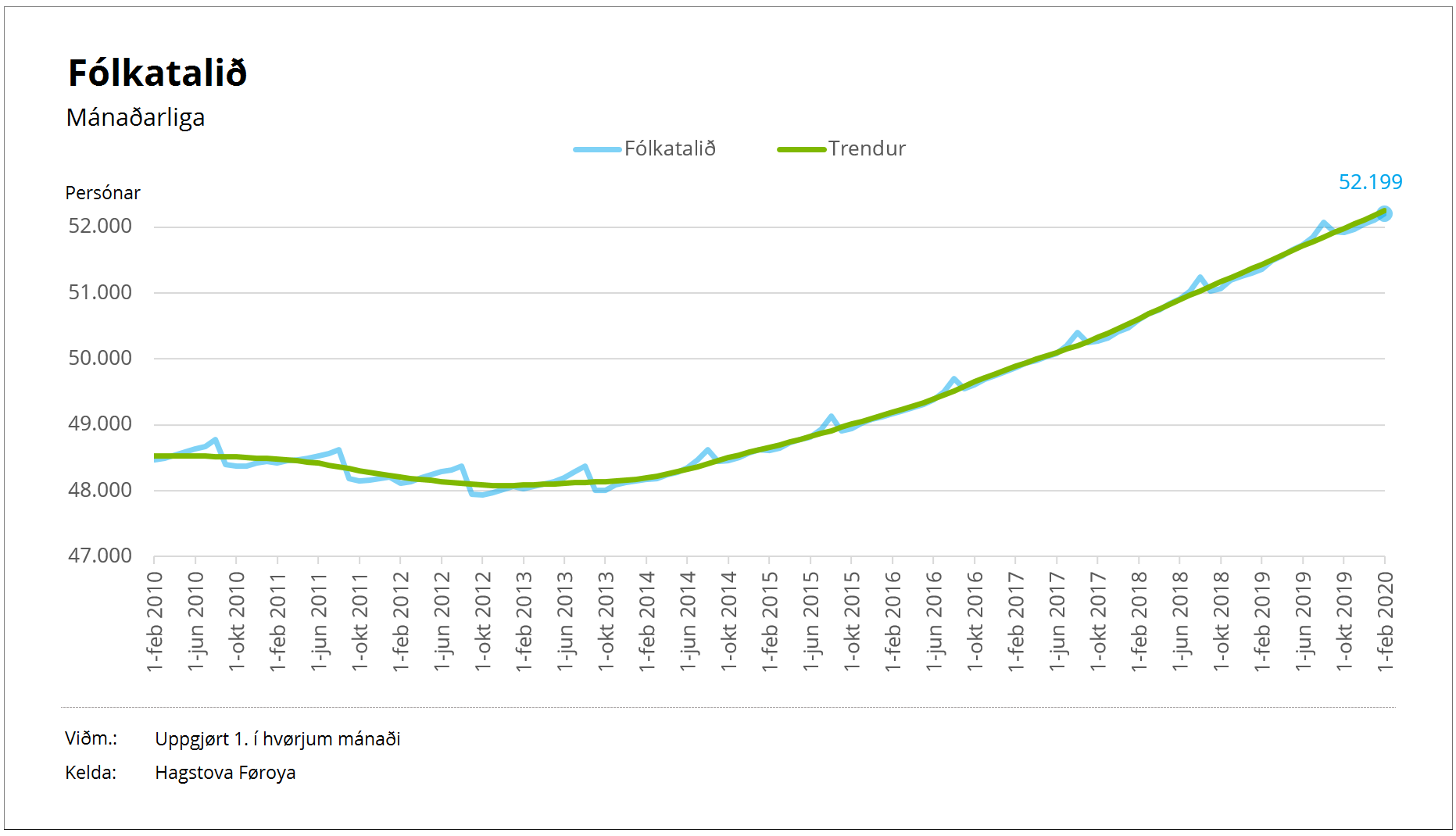 The four variables affecting the growth of the population are immigration, emigration and the number of births and deaths.

Net migration – the difference between immigration and emigration – now adds over 45 people to the monthly population figure. 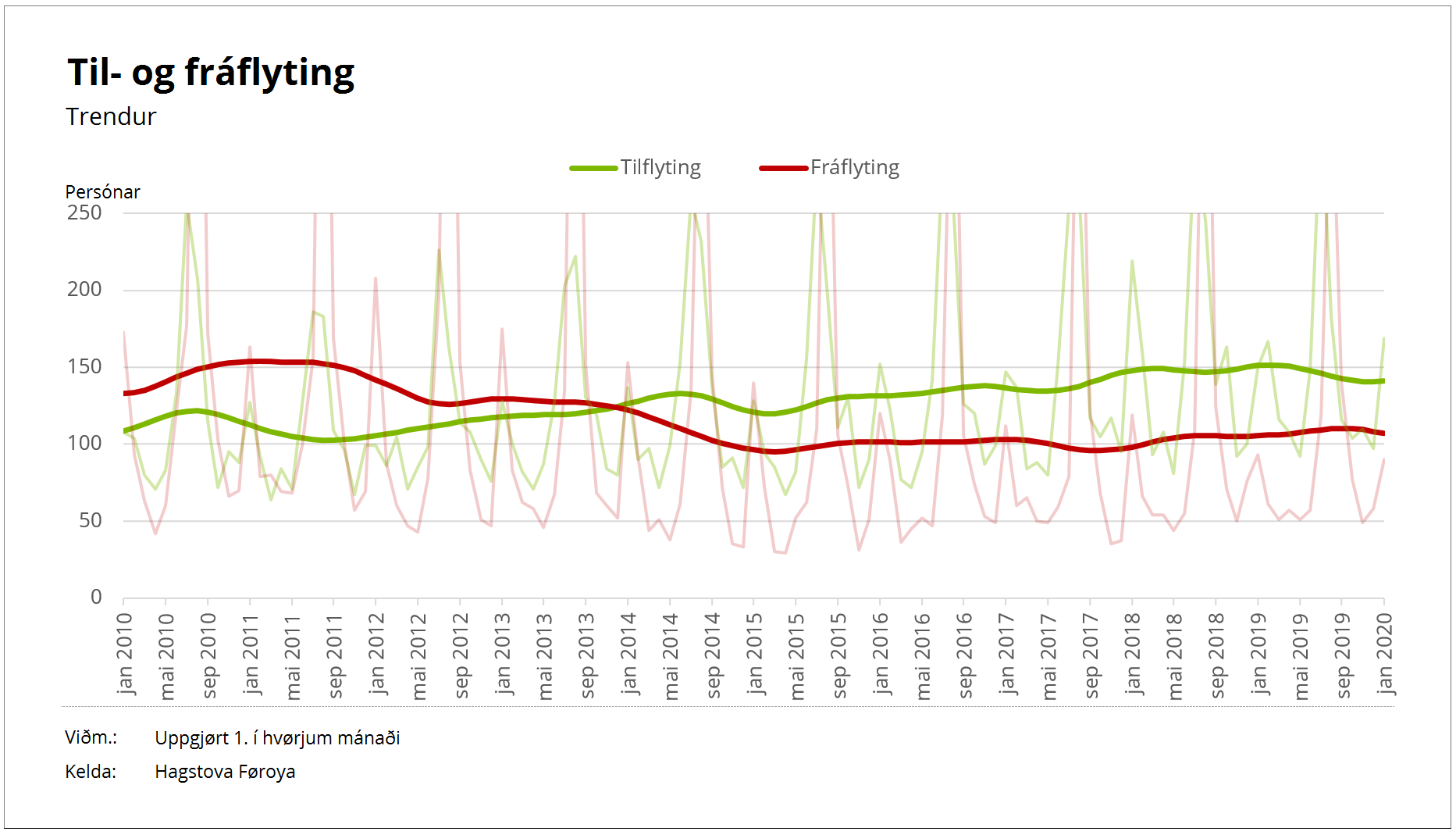 for the past many years. But this number has exceeded 55 in the past two years, which adds up to 670-680 births per year.

The number of deaths has remained steady for many years, at 30-35 per month.

The excess of births adds about 25 people to the population per month.

Births are represented in the green line and deaths in the red line. 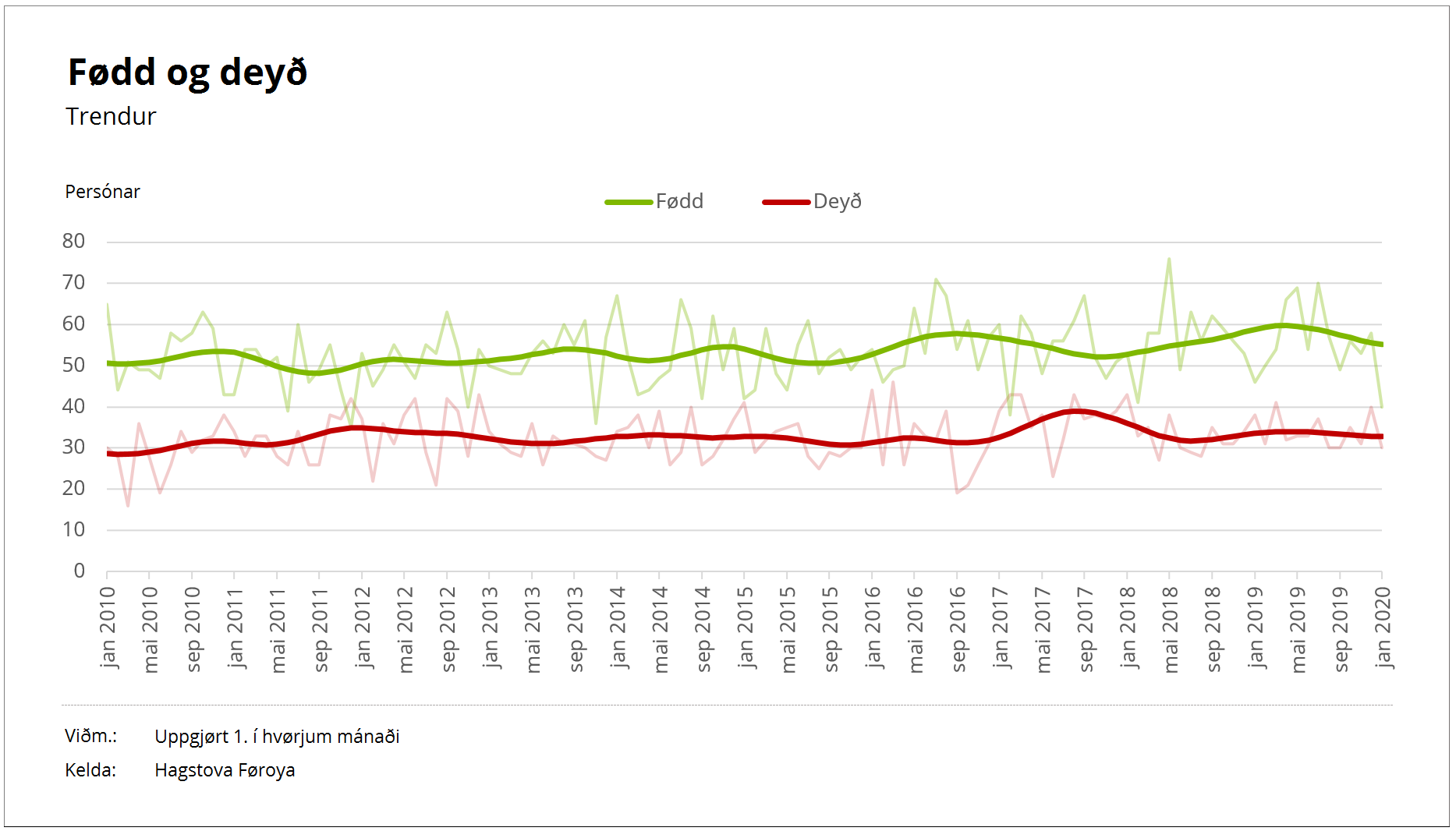 Biggest growth in the central region

Geographically, all regions saw population growth, but there are large differences between them. In numbers, the biggest growth (366) was in the capital region and in Eysturoy (263). 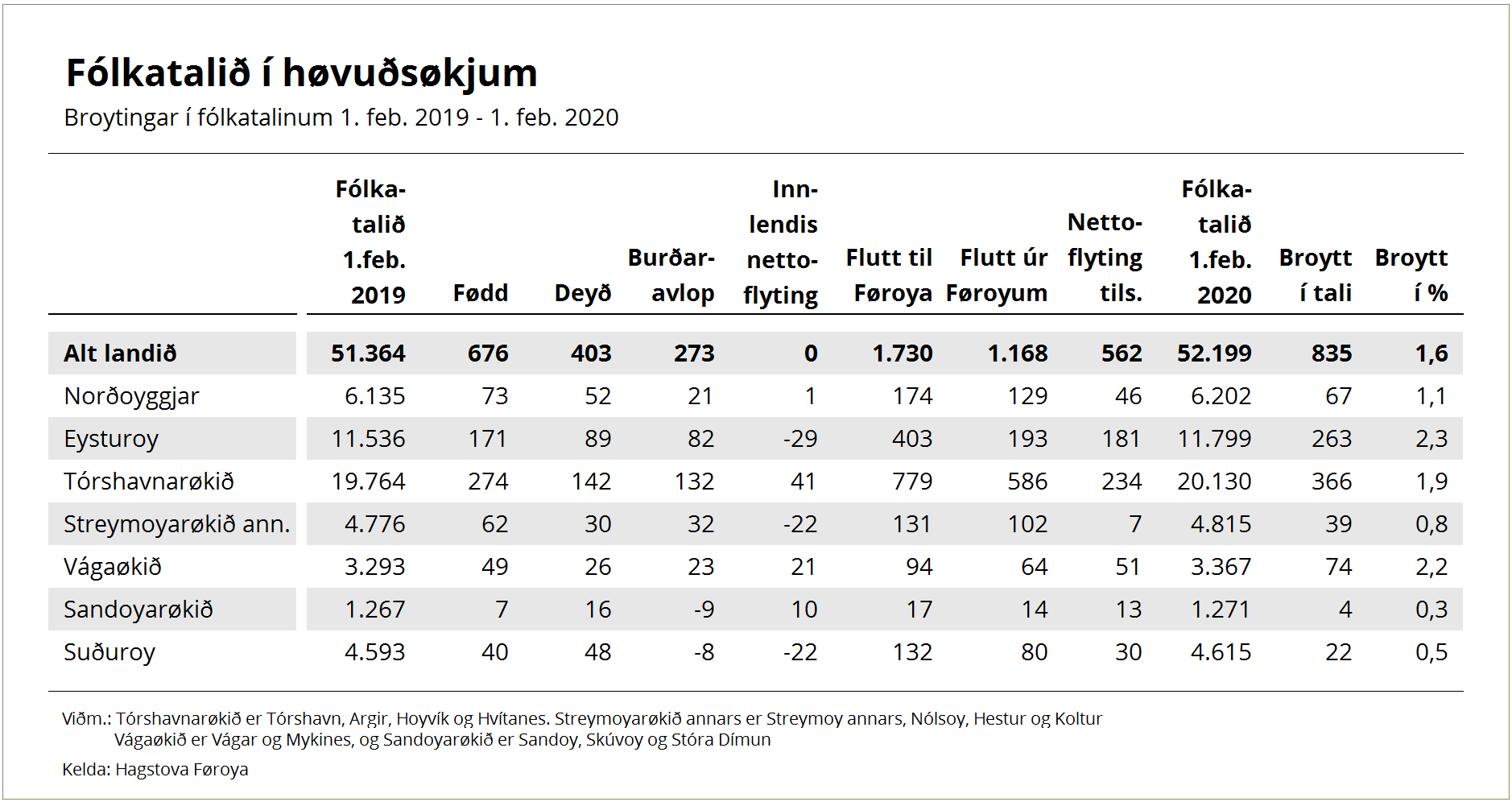 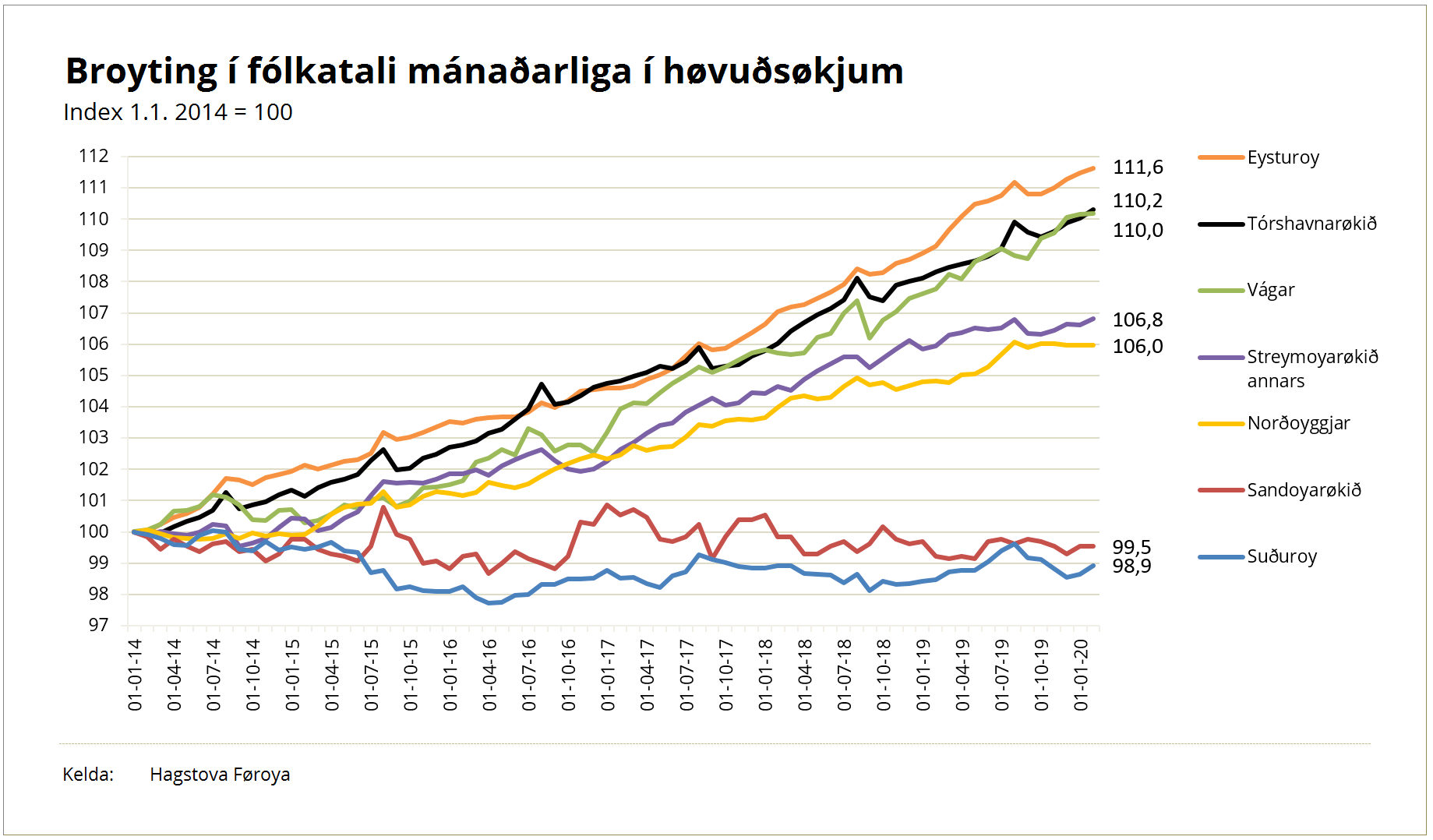 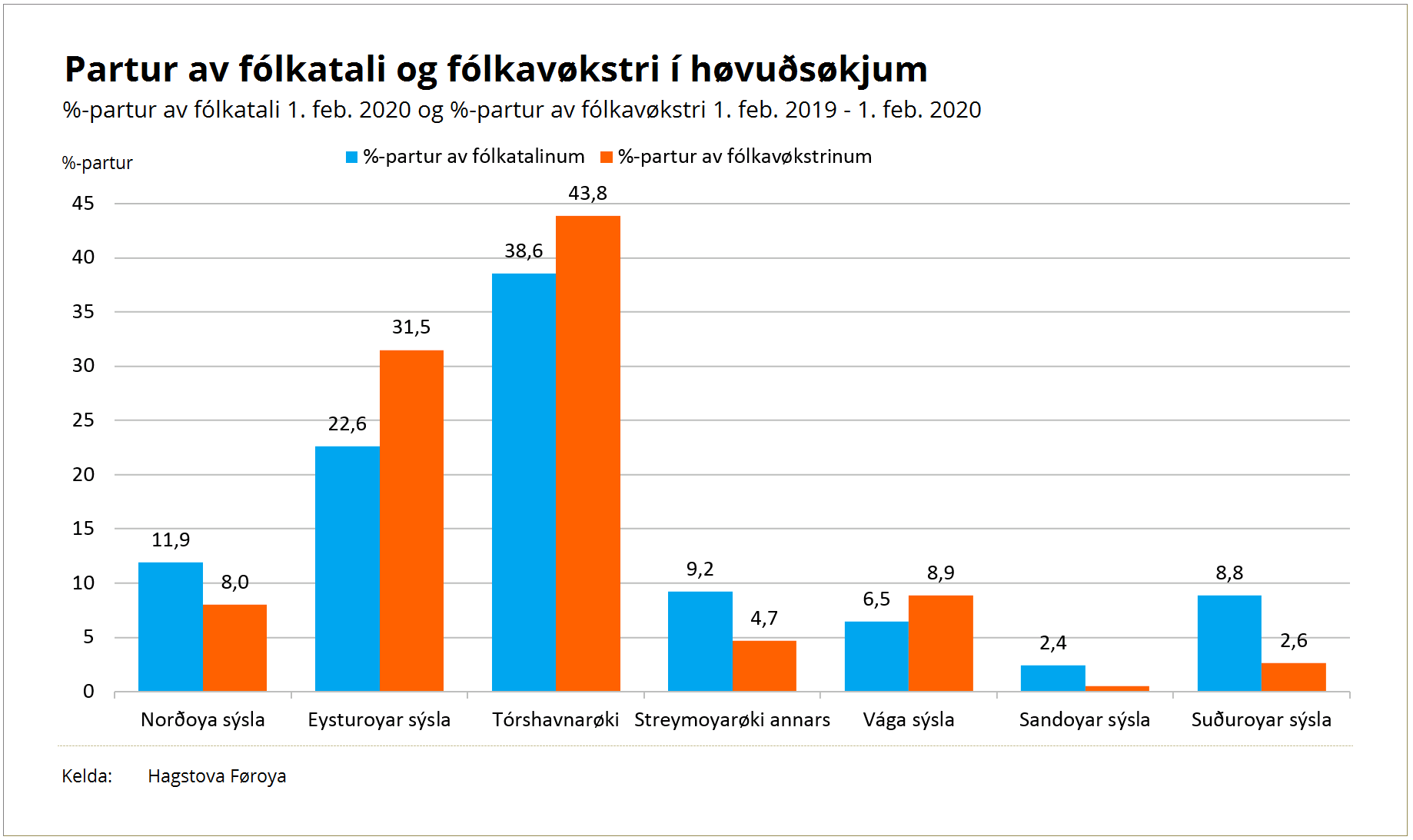 Just under 23% of the country’s population lives in Eysturoy, but the increase of 263 people corresponds to almost 32% of the total growth.

In comparison, almost 38% live in the capital region, which had a growth of 366 people, almost 44% of the total growth figure.

Vágar are home to almost 7% of the population, but this growth represented 9% of the total growth.

Suðuroy has 9% of the population, but this growth only represented 2.5% of the total. 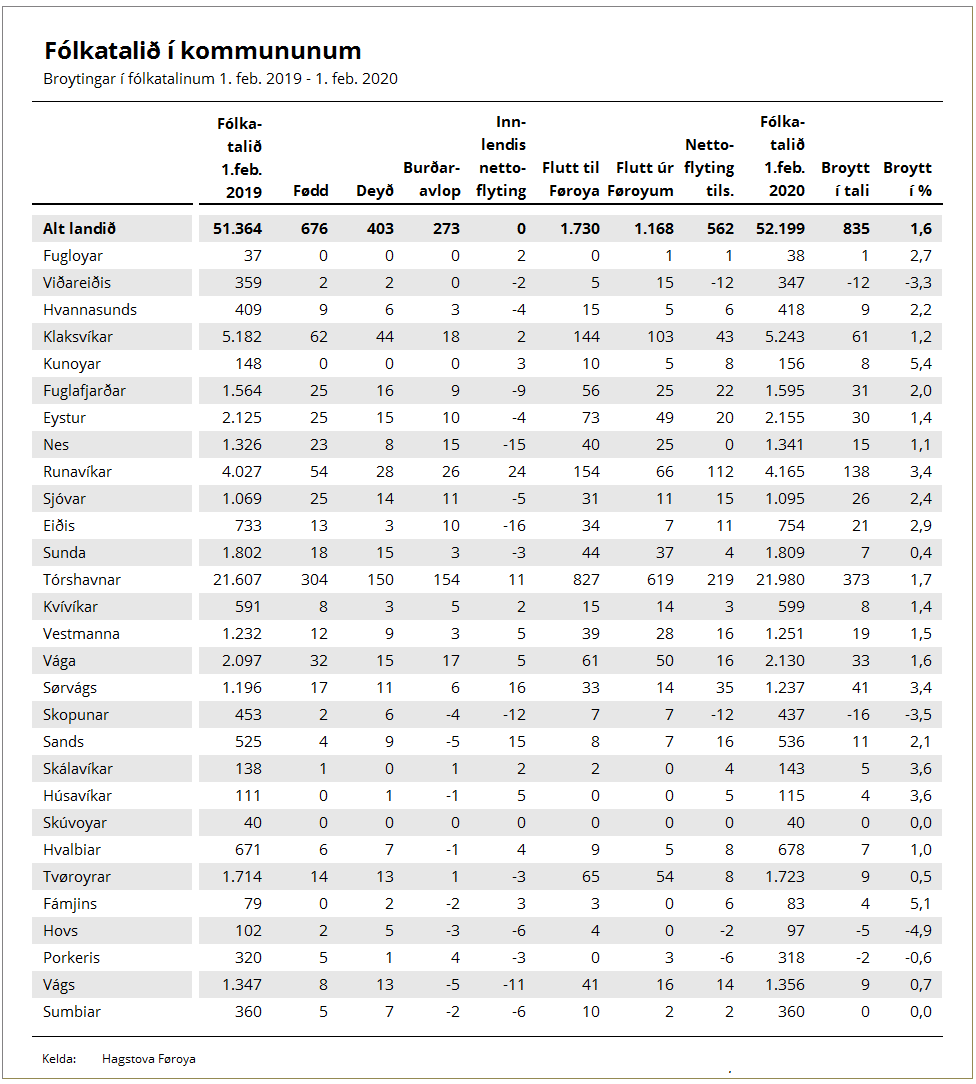 All in all, 23 municipalities saw an increase in the population, 2 saw no change and 4 had a reduced population. 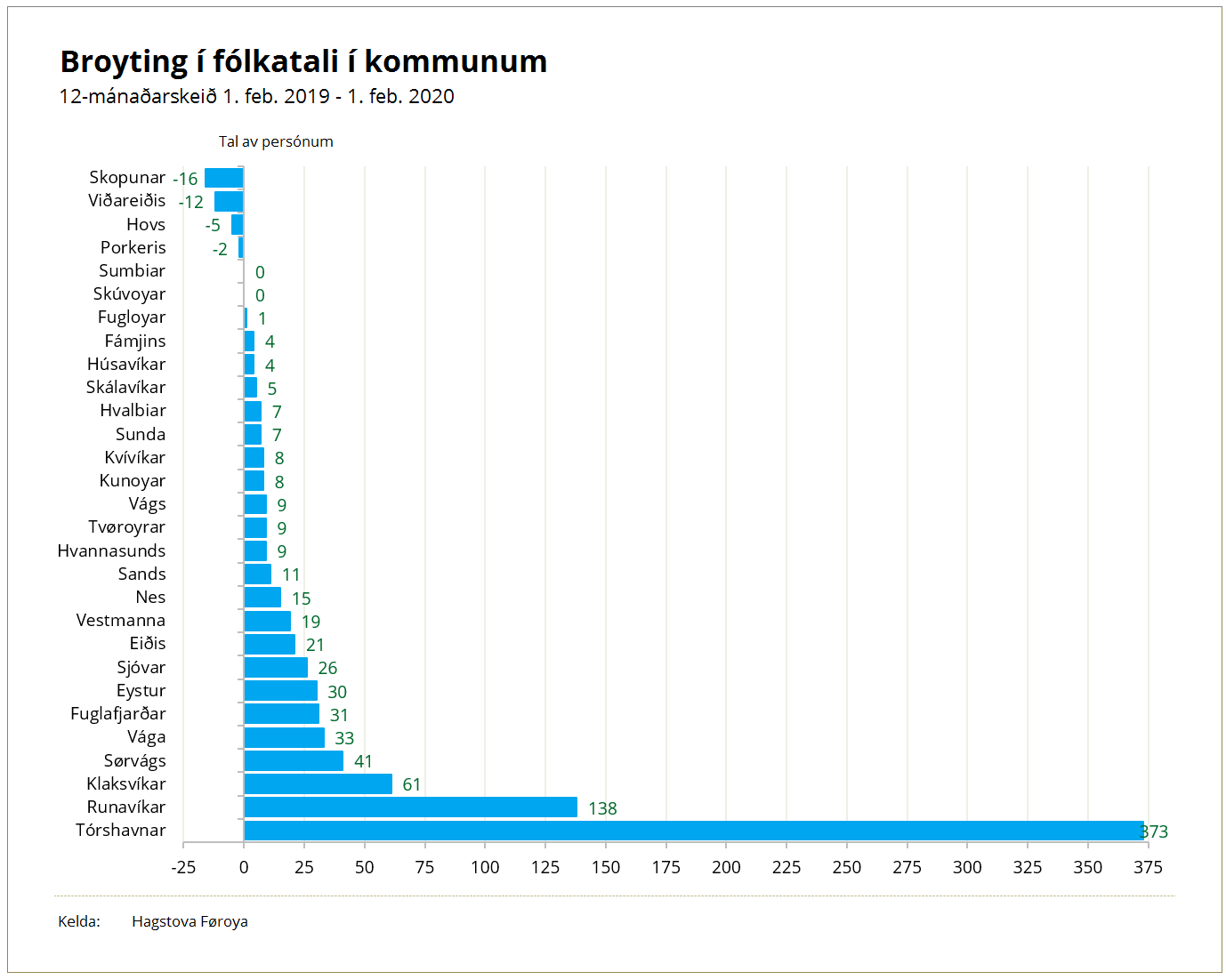 All the larger islands saw an increase in their population. Of the smaller islands, Svínoy, Kunoy and Nólsoy had a large proportional growth. Hestoy and Viðoy are the only islands that had a dwindling population in the last 12 months. Skúvoy and Stóri Dímun had no change. 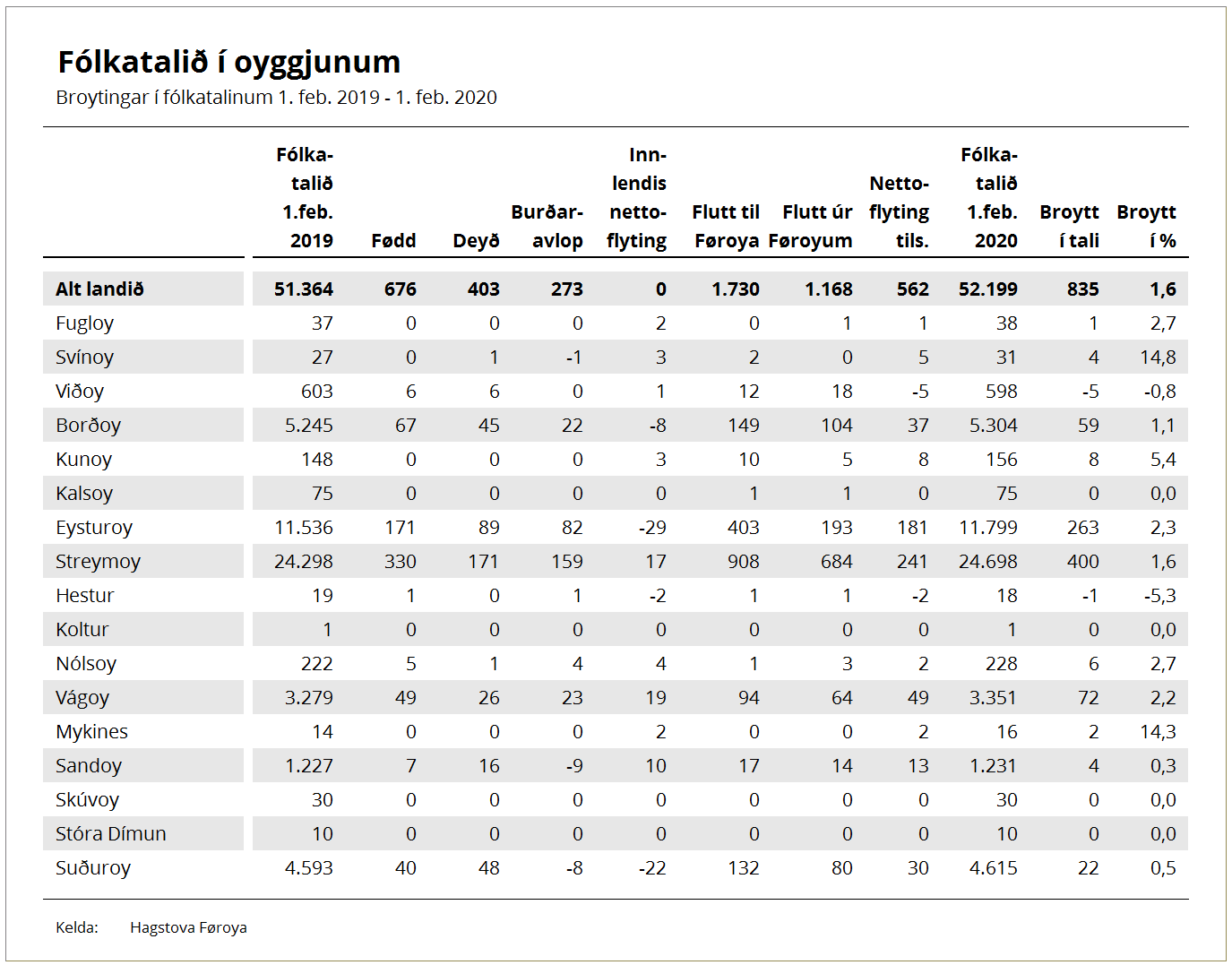 Figures have a one-month lag