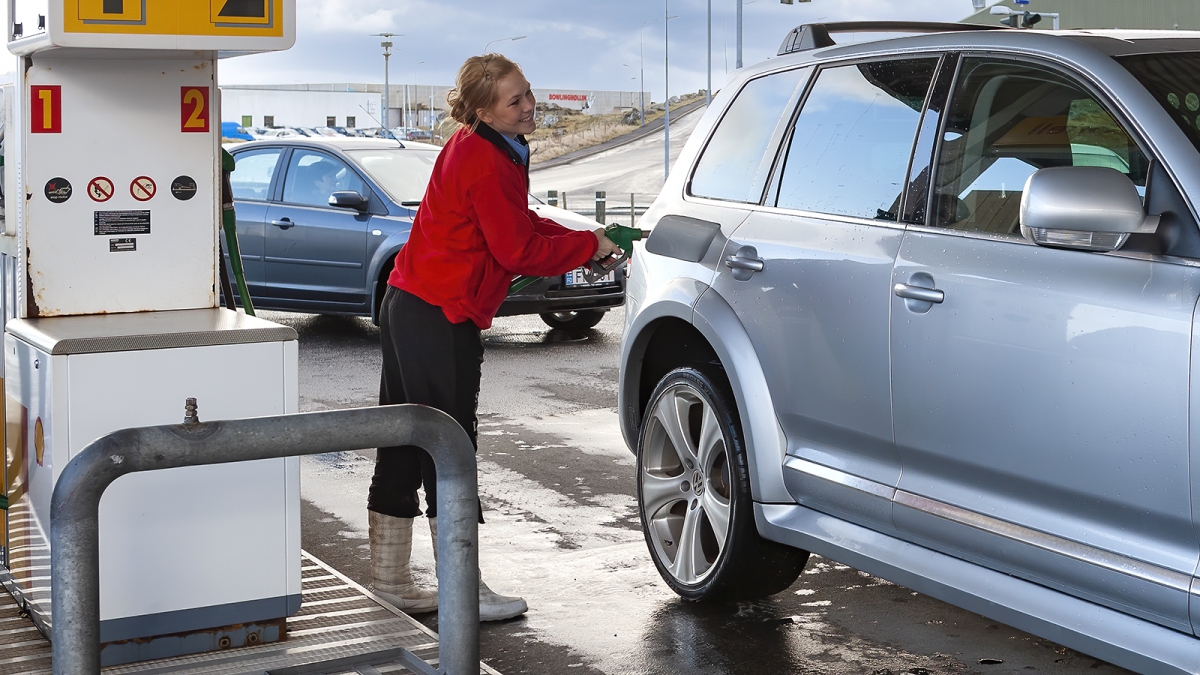 The Consumer Price Index (CPI) consists of 12 main categories of goods and services. The effect that each category has on the overall price index is weighted according to consumption levels.

For about three years prior to the pandemic, the annual changes in the overall CPI in the Faroe Islands and throughout most of Europe were between 1% and 2%. The pandemic led to a relatively large reduction in the annual change in the total CPI, but this figure has now surpassed 3%. 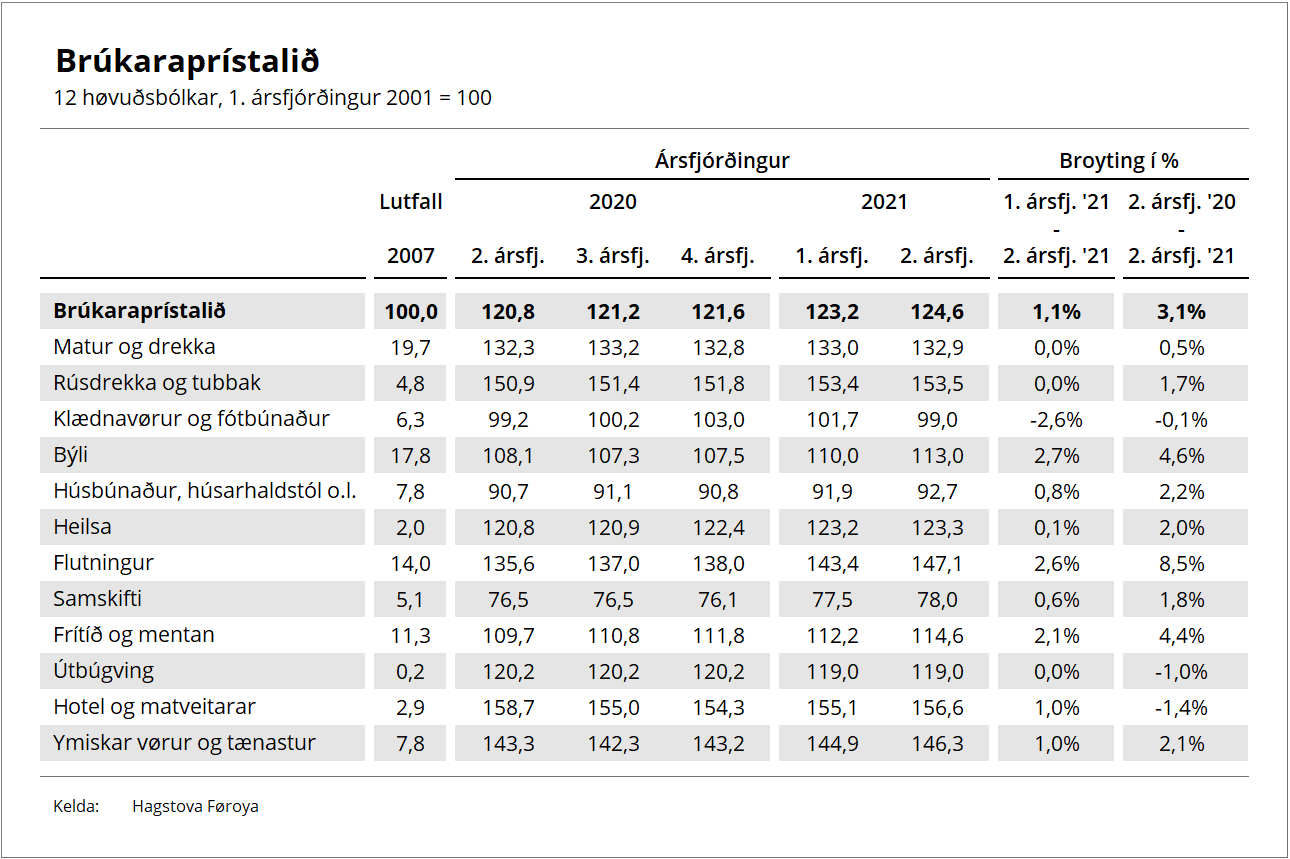 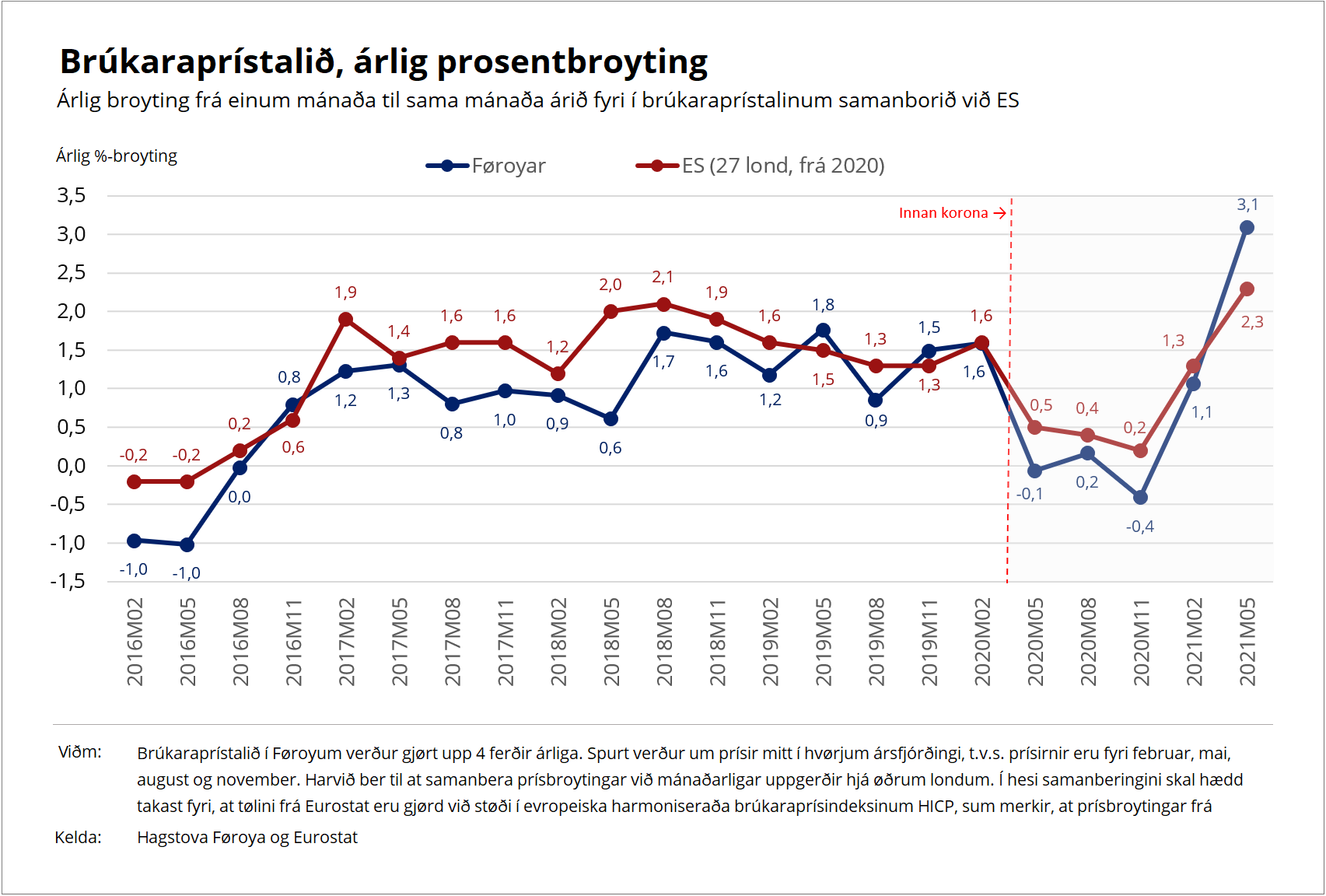 Representing a significant portion of the total spending of an average Faroese household, liquid fuel has a relatively large effect on the total CPI. The international drop in oil prices was the key reason for the relative reduction in the annual CPI growth during the pandemic. The relatively big increase in liquid fuel prices from Q1 2021 to Q2 2021 is one of the key reasons for the overall CPI increase.

Another key reason for the overall CPI increase is the price of vehicles, which saw an average increase of 12% in the past year. 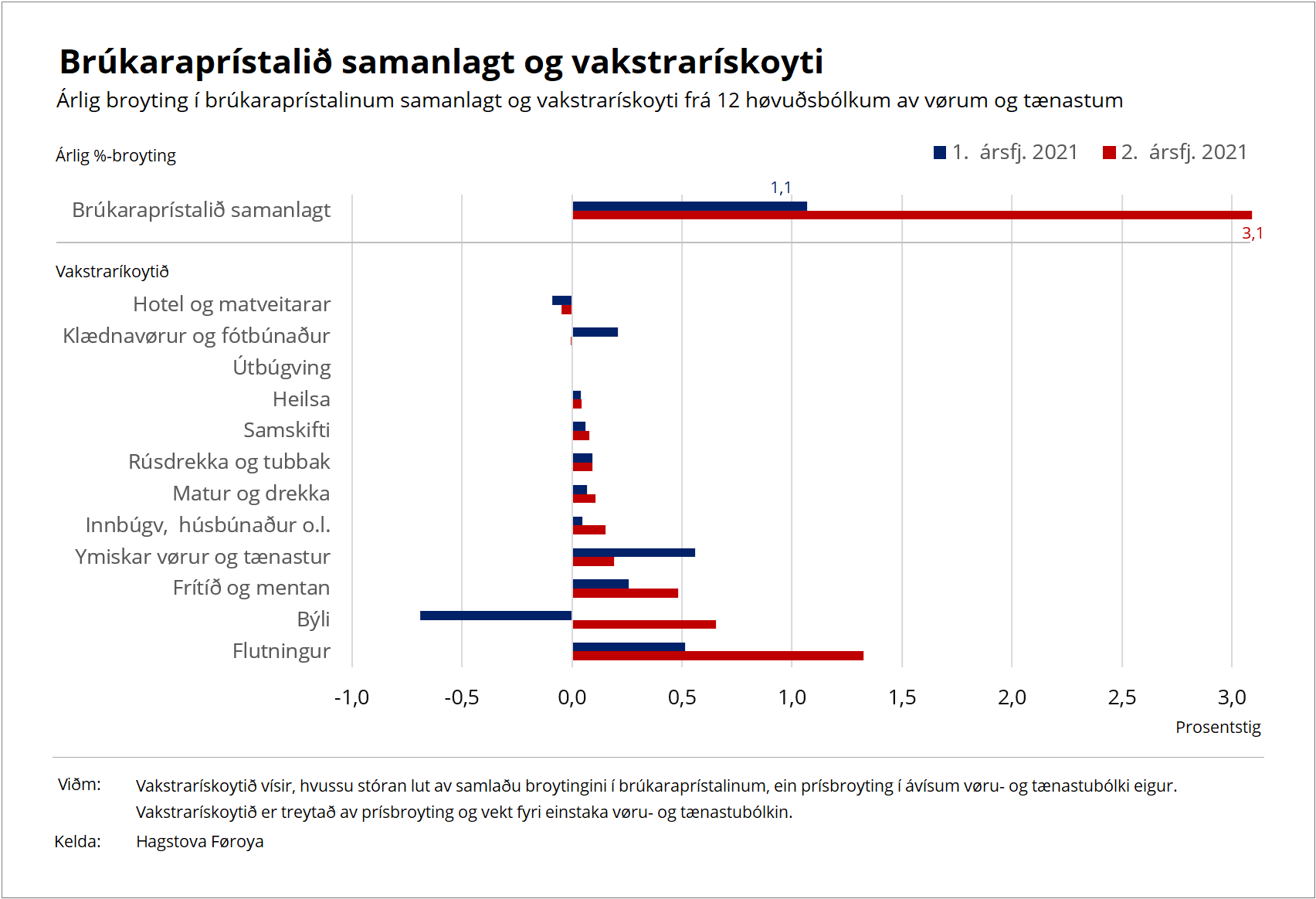