Consumer price index
15. Apr 2021
Average consumer prices increased by 1.1% in the past year 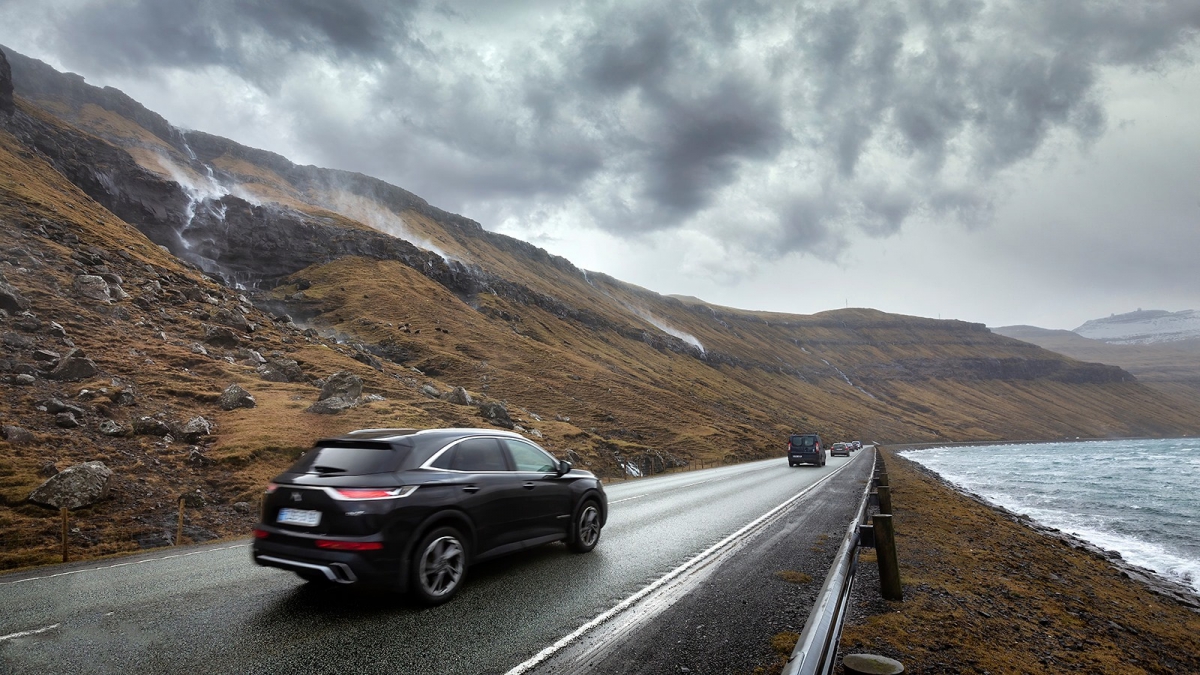 The consumer price index consists of 12 main categories of goods and services. The effect that each category has on the overall price index is weighted according to consumption levels. 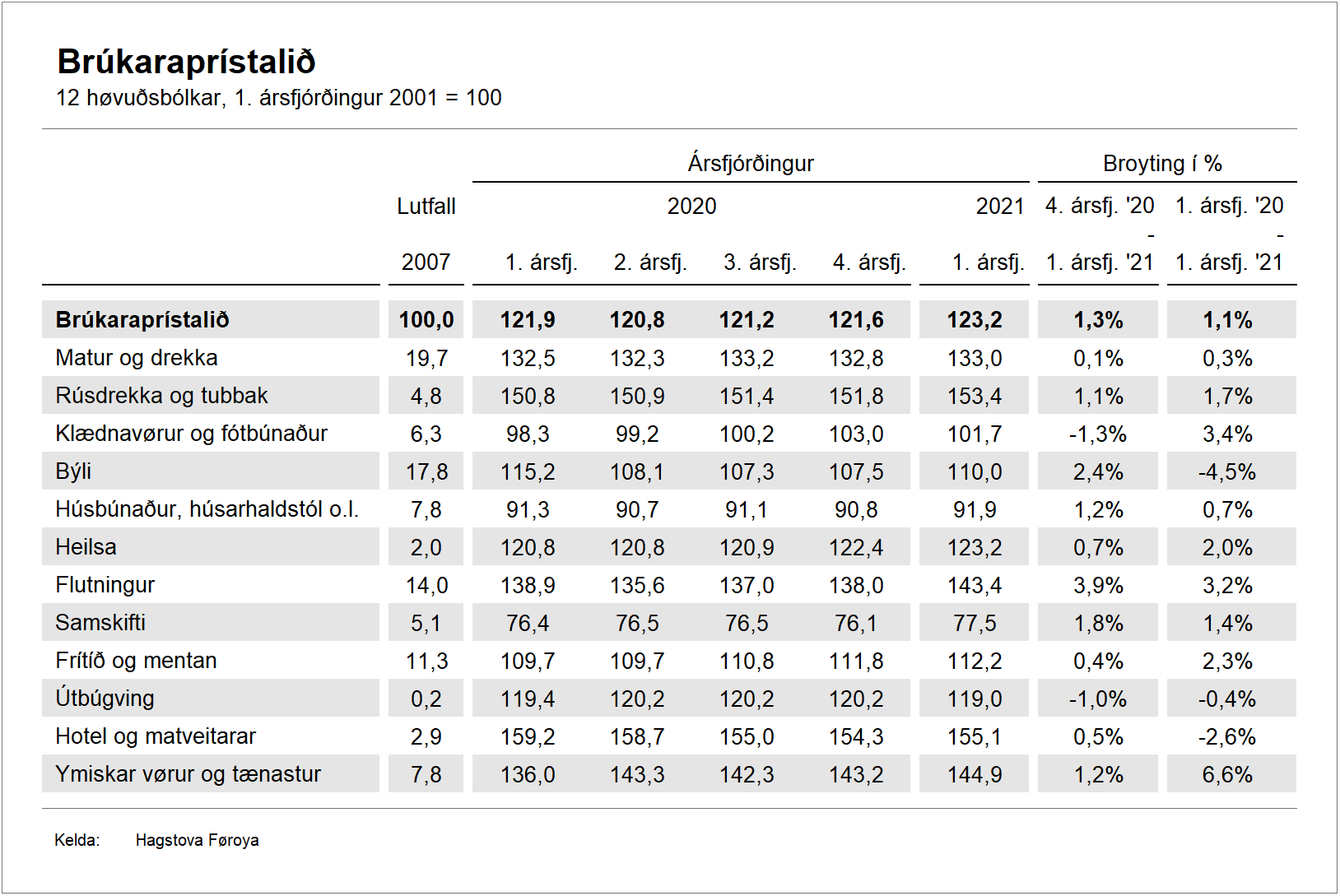 The quarterly CPI figures are based on prices measured at the midpoint of the quarter, i.e. the Q1 figure shows prices from mid-February.

It is now more than one year since the Covid-19 pandemic started, which means we now have four quarterly CPI reports available that cover the pandemic period. 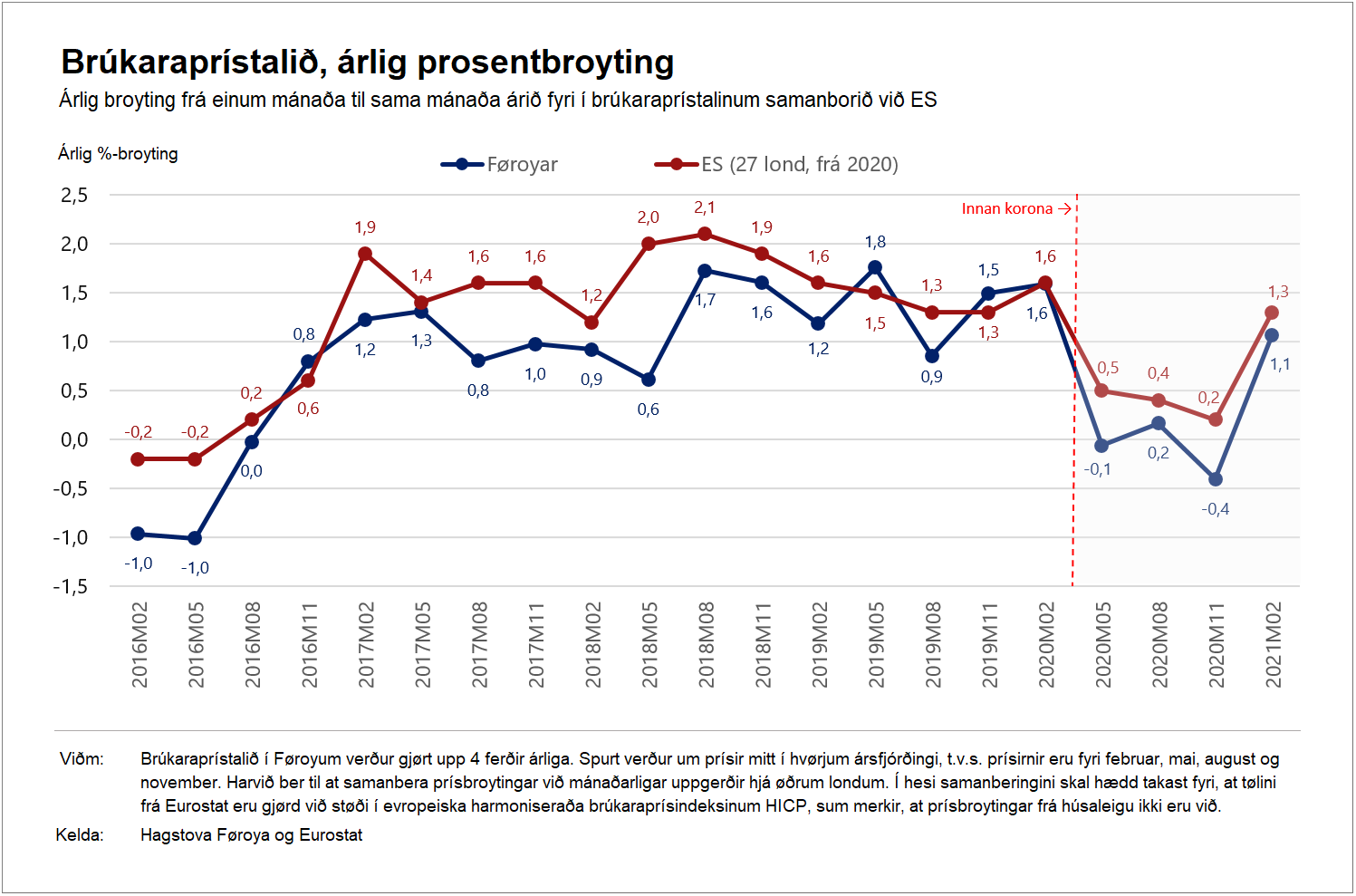 The main reason for the relative reduction in the annual CPI growth during the pandemic has been the international drop in oil prices. The CPI over the past year clearly shows the effect that the lower oil prices have had on the price of liquid fuel for household consumption. Representing a significant portion of the total spending of an average Faroese household, liquid fuel has a relatively large effect on the total consumer price index. 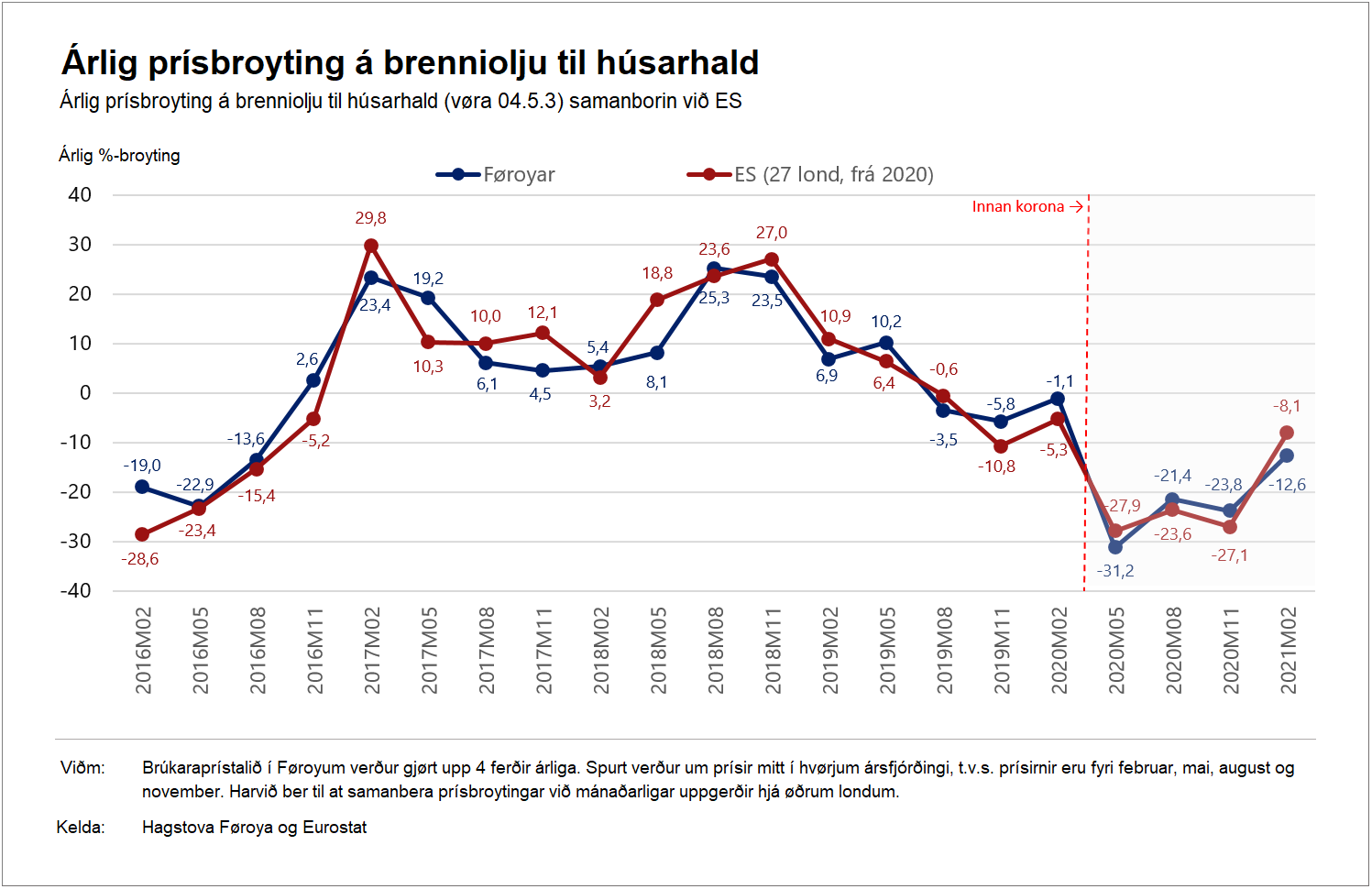 The graph below shows the effect of price changes in each of the 12 commodity groups on the total CPI when taking into account the relative importance of the goods and services as measured in relation to the total consumption of households. The graph shows that the prices of goods and services in the ‘housing, electricity and heating’ and ‘hotels and restaurants’ groups are lower than a year ago, while prices in all other groups are, on average, higher, contributing to an overall increase in the CPI. One notable price increase between Q4 2020 and Q1 2021 is seen in vehicles, which form part of the ‘transport’ commodity group. 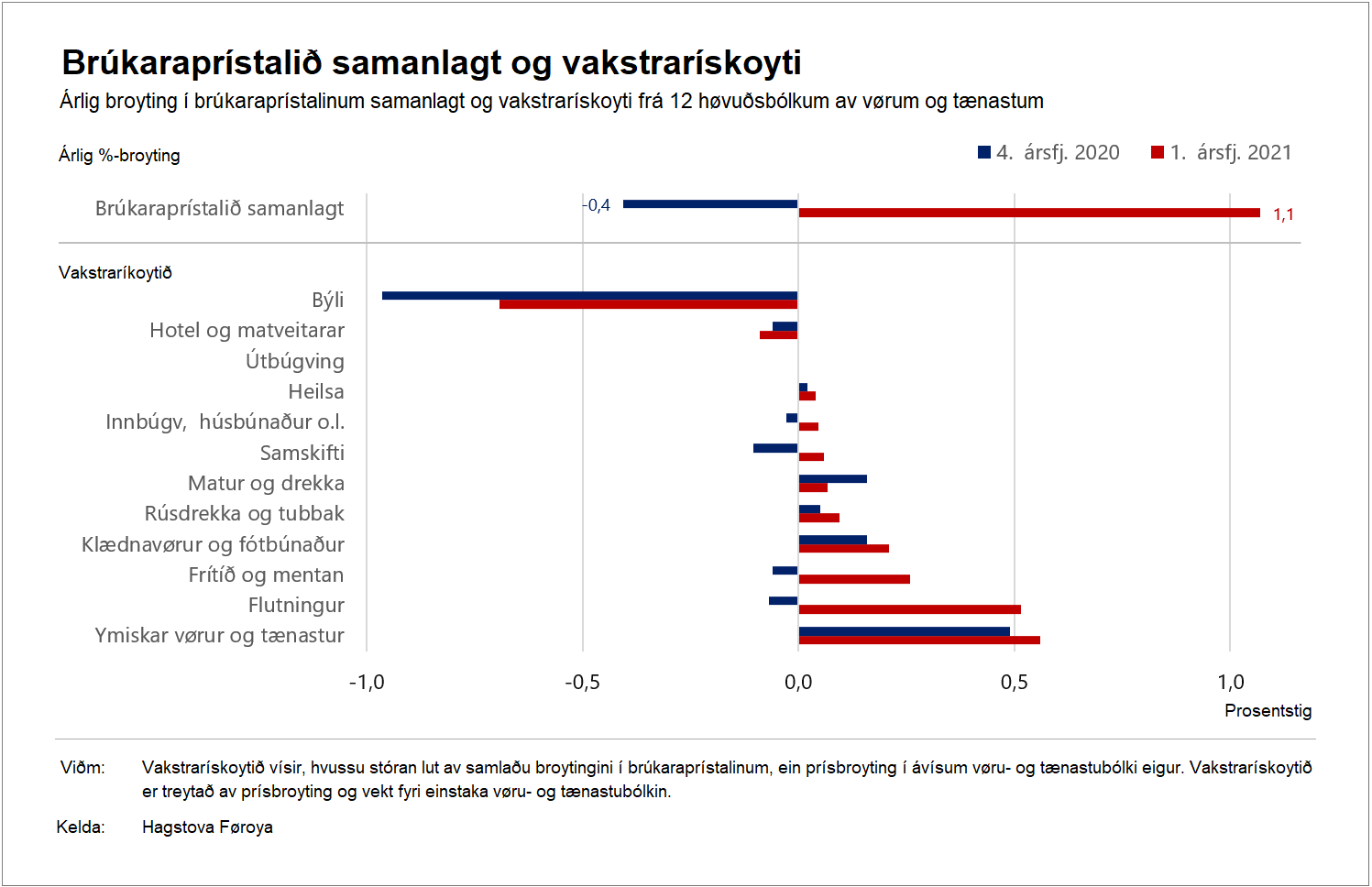