The 5 biannual (January and June) surveys gathering the views of households and the four industrial sectors on the current and expected economic situation have been compiled for January. These five surveys make up Economic Sentiment Indicator (ESI), which has increased since June last year.

These surveys have been conducted in the Faroe Islands twice per year since 2006, shortly before the international financial crisis in 2007/2008. During the financial crisis, the business and consumer survey results fell in four consecutive surveys, ranging over the two-year duration of the crisis. It is now almost a year since the onset of the Covid-19 pandemic, and an important question is how Faroese households and industry view the current and future economic situation. 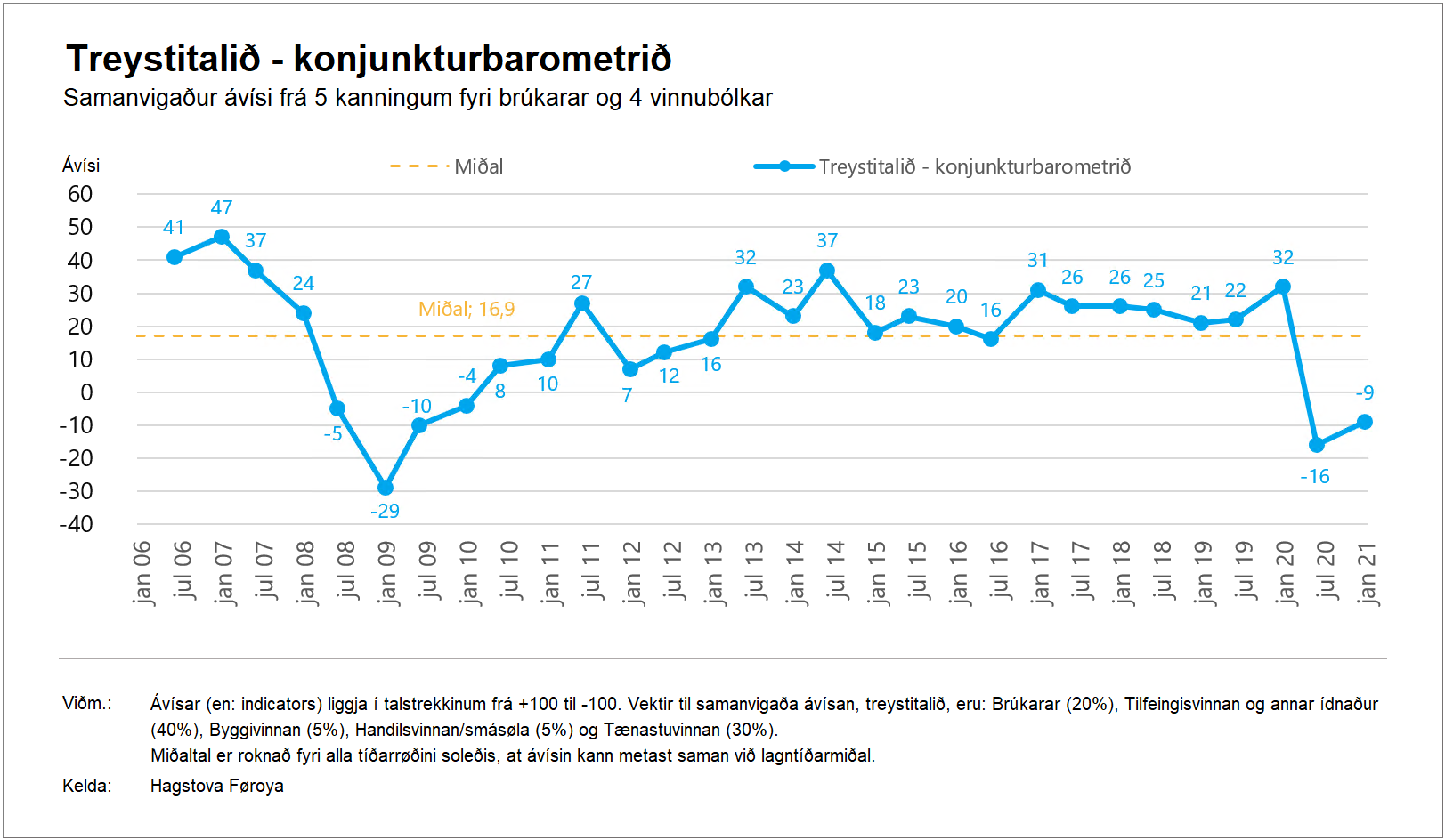 For approx. 3 years prior to the Covid-19 pandemic, the ESI was relatively steady. But it saw a dramatic drop from 32 in January 2020 to -16 in June 2020. In this latest survey, the figure has risen by 7 points compared to the previous survey. Compared with assessments and expectations during the 2007/2008 financial crisis, Faroese households and industry now appear to have a more optimistic outlook on the economy for this year compared to the current situation.

The table above shows the results from each of the 5 confidence indicators. A detailed overview of net figures for each question in the surveys is available in the Statbank. Overall, the indicators for households and three industrial sectors have gone up, while the retail trade indicator, which did not drop as far down as the other indicators during the pandemic, is now at a similar level to June 2020.