Traffic statistics in the Faroe Islands have changed significantly since the turn of the century, with twice the number of vehicles and two-thirds fewer accidents 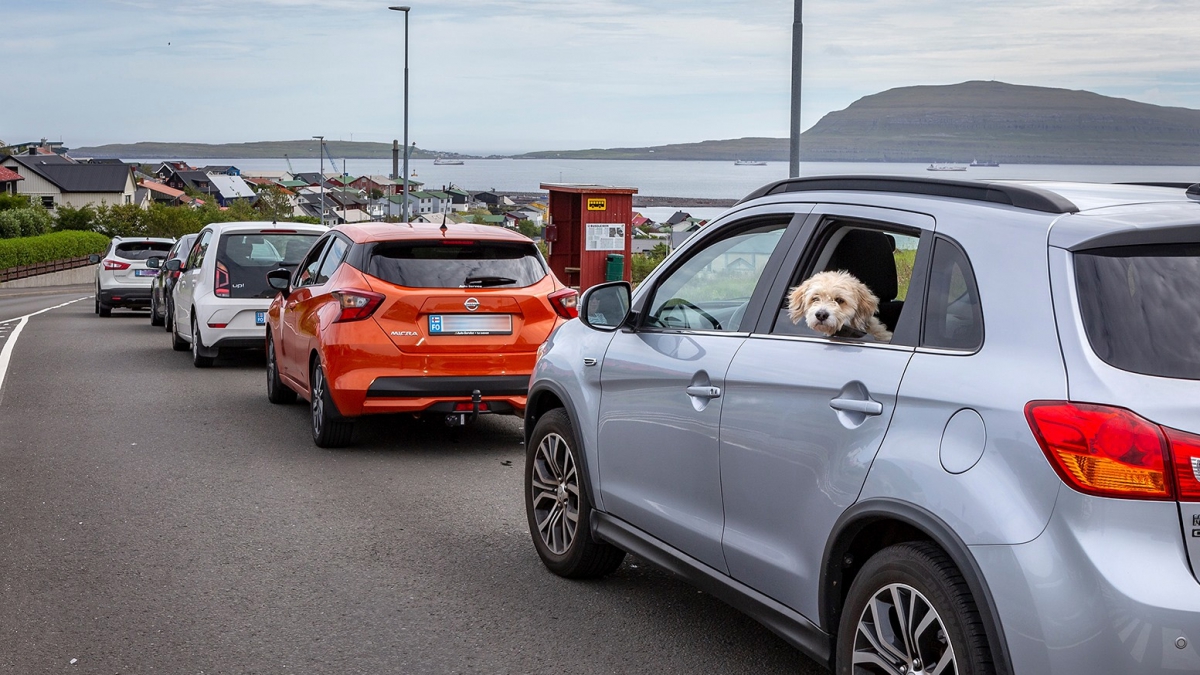 More than twice as many vehicles as in 2000

Traffic accidents down by two-thirds

The start of this century saw an annual average of 1,200-1,300 traffic accidents. This figure has since decreased steadily to 410 in 2020, according to figures from the police.

The number of accidents with personal injury has also come down.

In the mid-00s, the annual number of accidents with personal injury was between 60 and 70 up until 2008. The figure then dropped significantly and has since remained steady between 25 and 30. 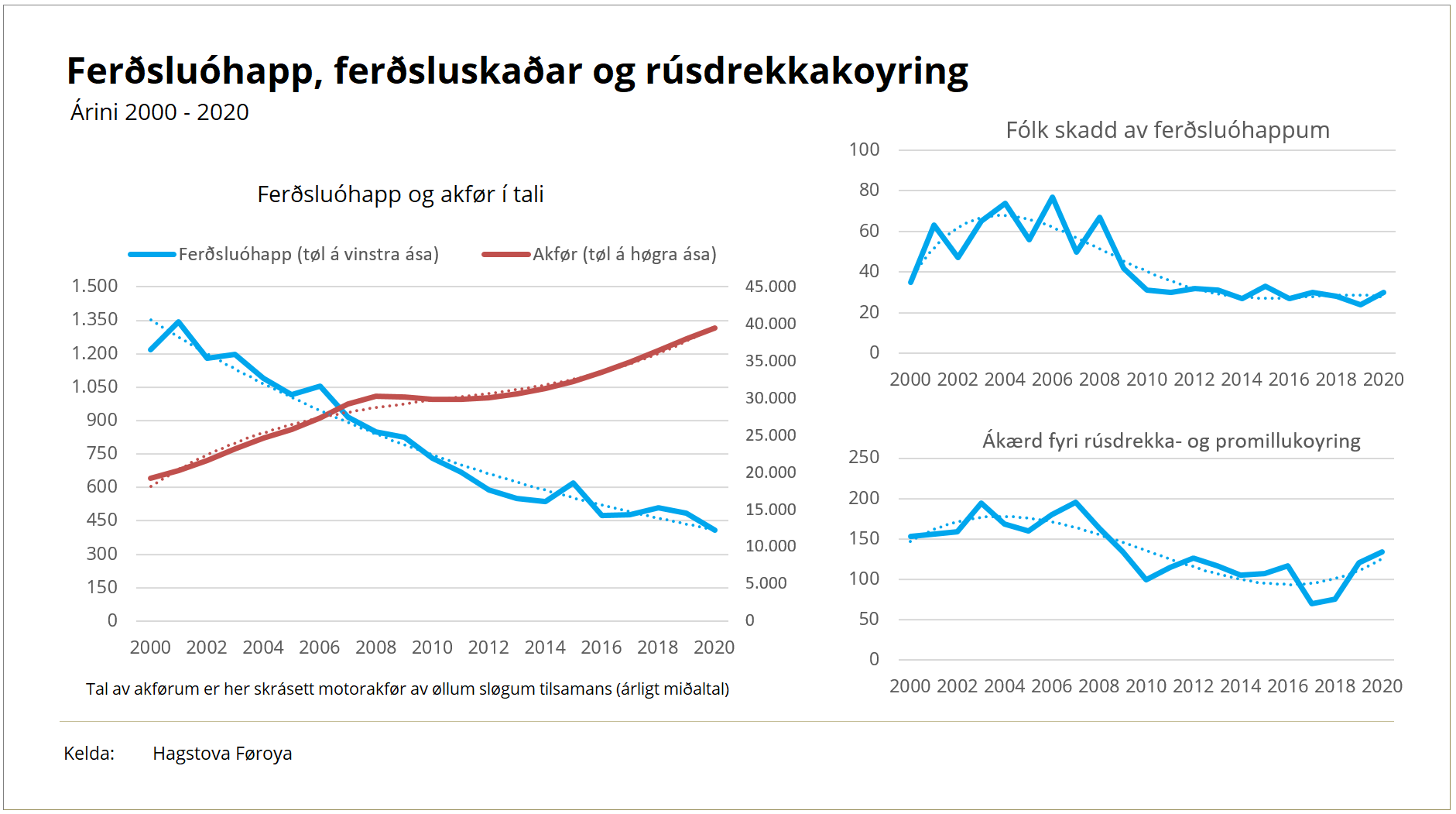 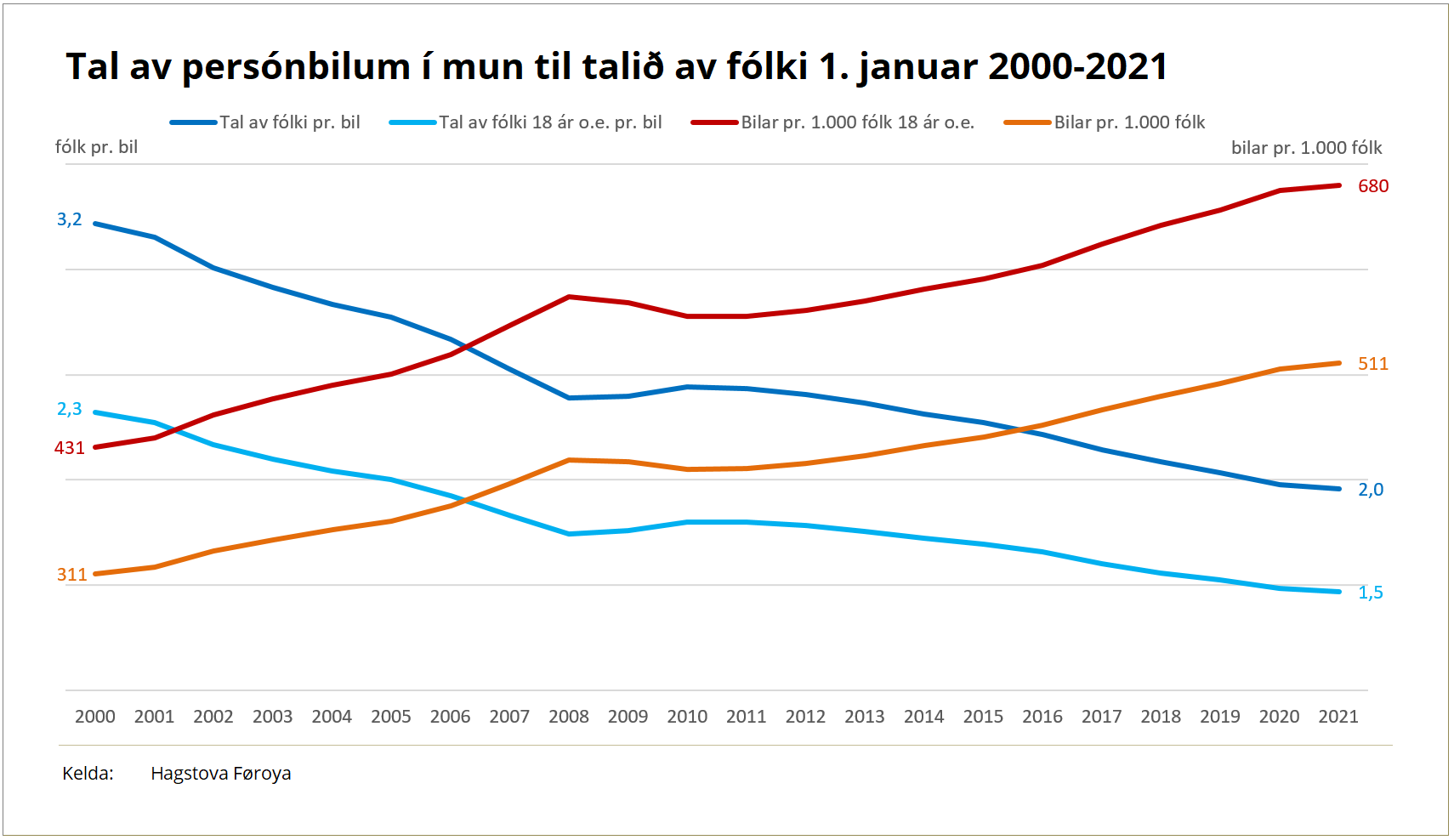 Steady increase in vehicles since 2000

The number of registered vehicles has increased steadily by about 1,000 per year since the turn of the century, with the exception of a slight dip during the financial crisis in 2009-2011. 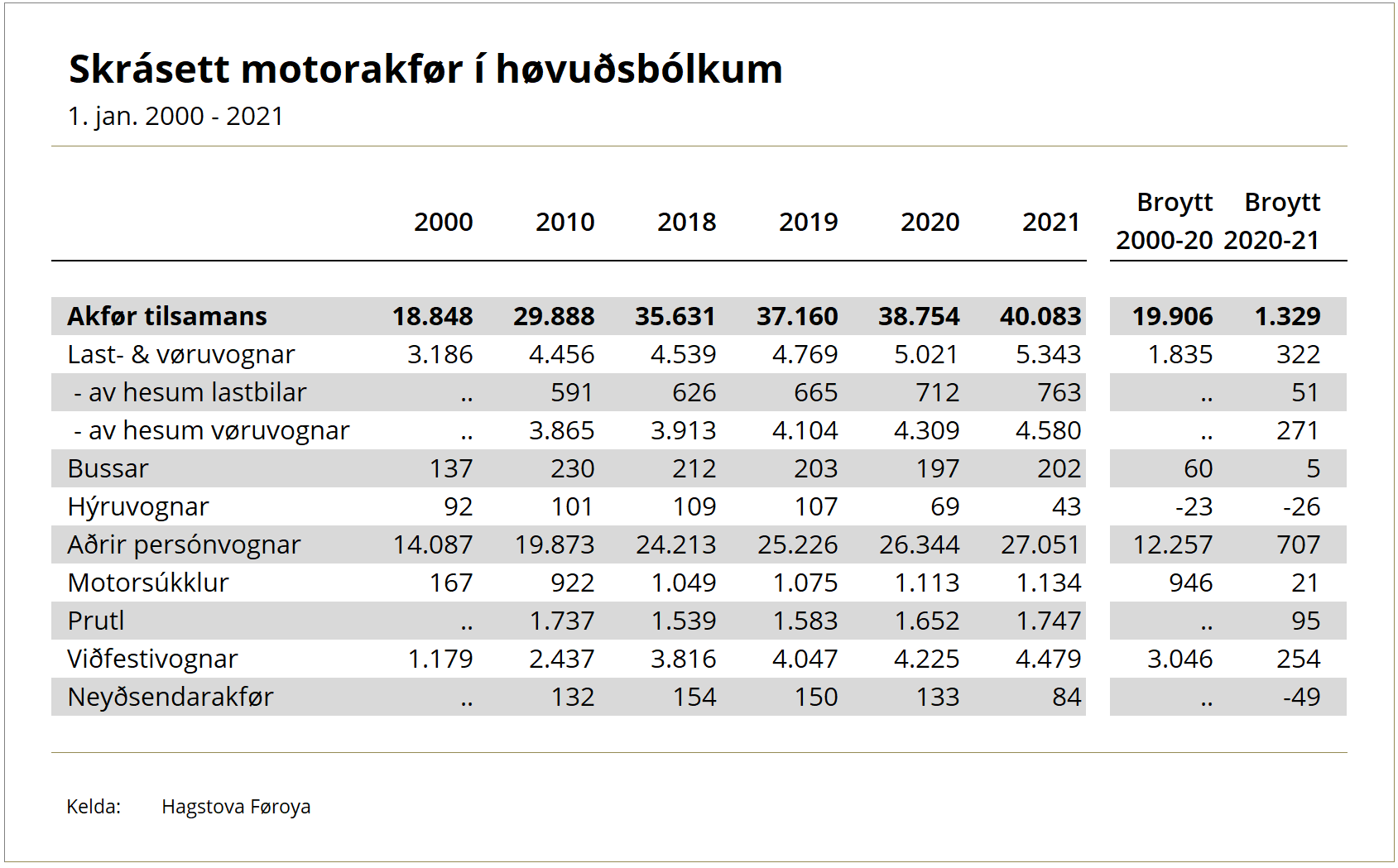