Hospitals
03. Nov 2021
Faroese hospitals saw an increase of 102 annual full-time equivalents in the past decade 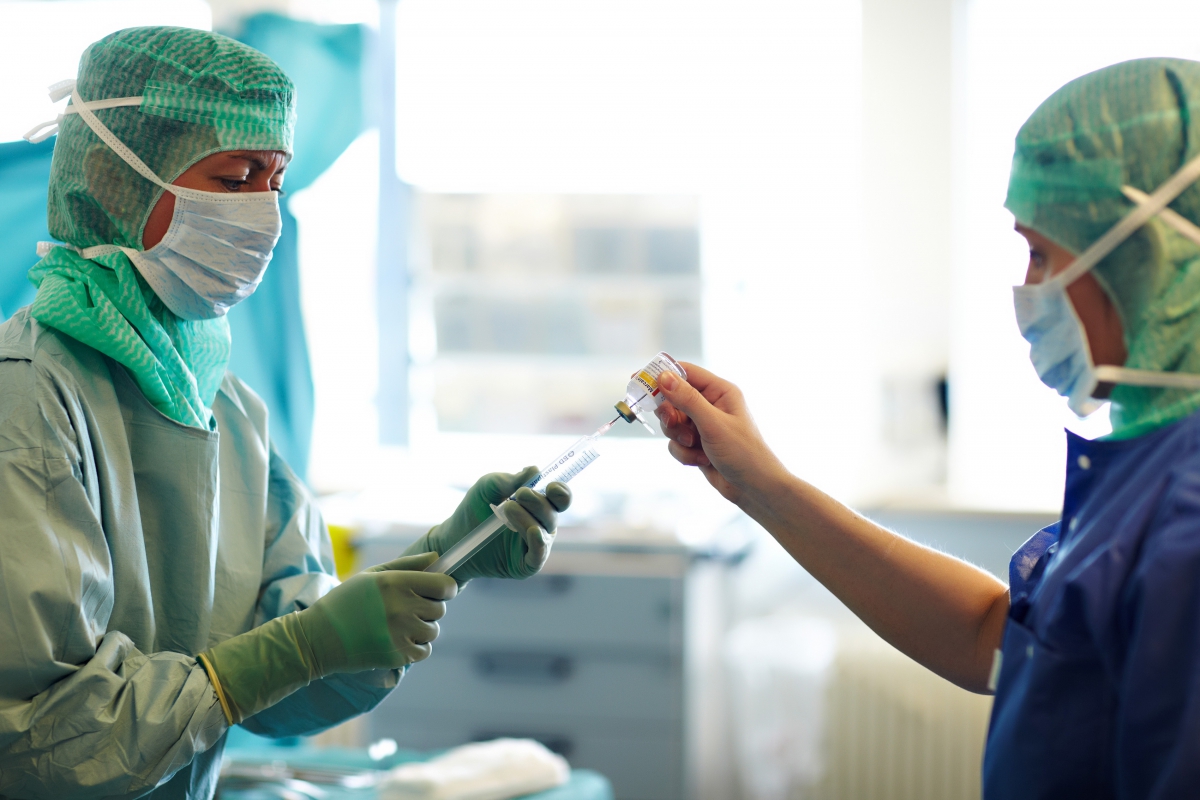 This distribution has changed slightly from 2010 to 2020. 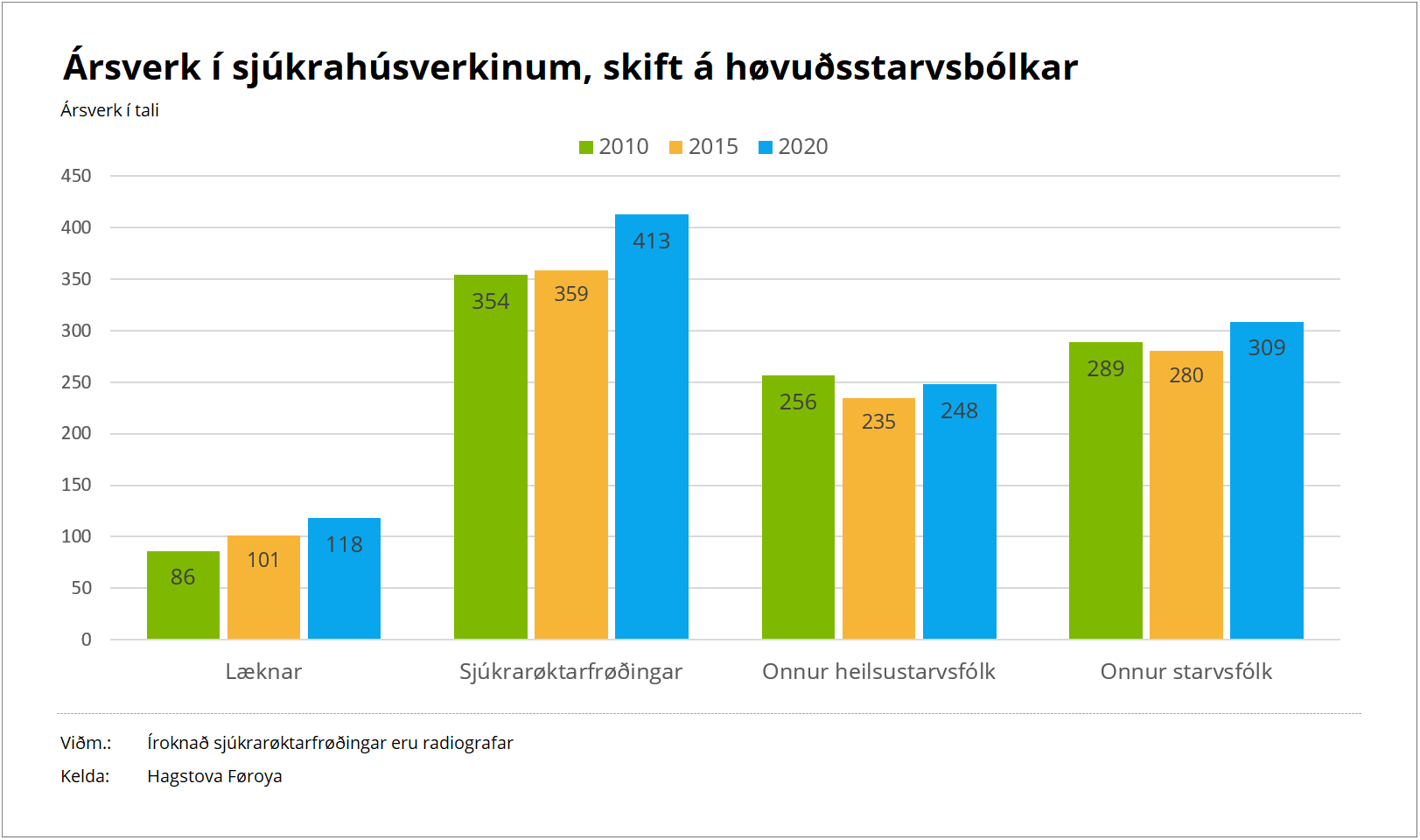 Nurses had the highest number growth over the past decade, increasing by 59 annual FTEs. In relative terms, doctors had the highest growth, with 32 more FTEs, an increase of 37%. The ‘other health workers’ category saw a slight decline. 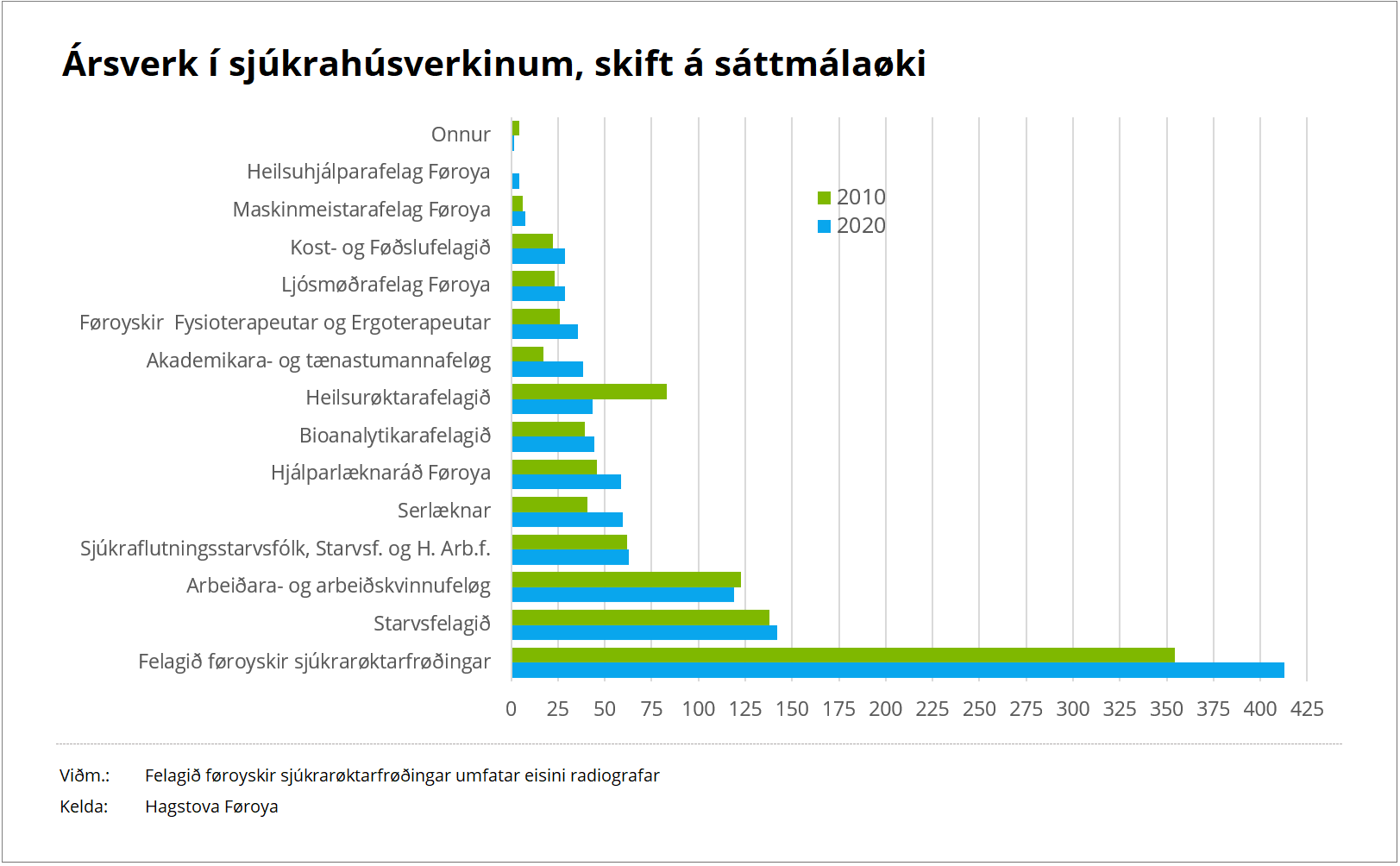 The table below shows that the Sjúkrarøktarfrøðingafelagið (the Nursing Union) is by far the largest trade union.

It also shows that while there is an increase within most trade unions, there is a remarkably big drop in members of the Heilsurøktarafelagið (the Union of Health Visitors).

Most of the trade union names indicate the members’ field of work, but there are a few exceptions to this.

For example, members of the Starvsfelagið (the Salaried Staff Union) include medical secretaries, receptionists, office workers, IT and ambulance staff.

The Main Hospital saw the highest increase from 2010 to 2010, with 87 annual FTEs. The highest staff increase there was represented by nurses and doctors. Suðuroy Hospital had an equally big increase in relative terms, while the figure remained largely unchanged for Klaksvík Hospital. 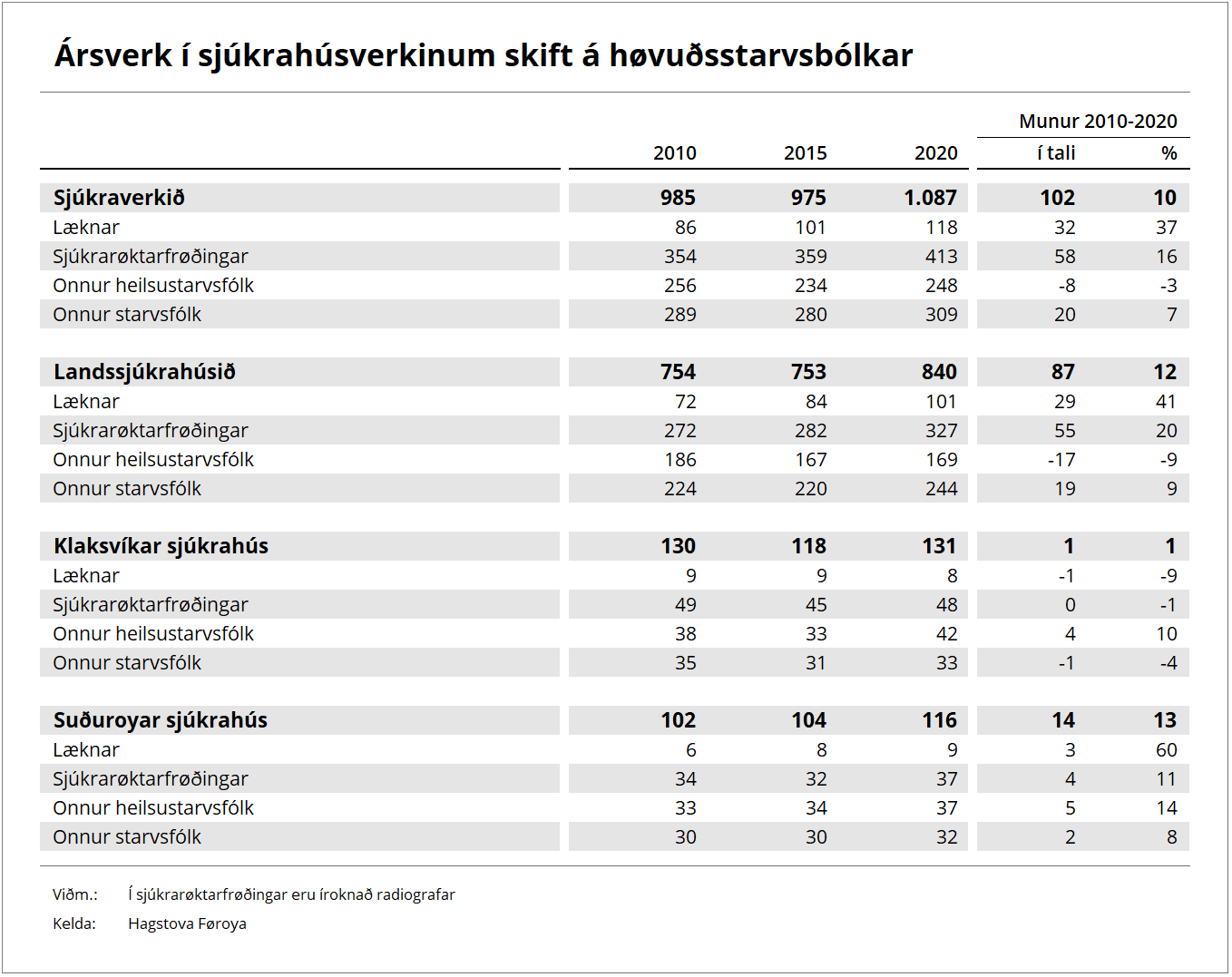 Comment on the graph above: In 2010, the methodology changed. Previously, the hospitals grouped their staff according to their field of work. Since 2010, the figures have been based on data from the national authorities, with hospital staff grouped according to trade union membership. Further changes were also made. Read more about these changes in the comments to the table in the statbank.