About 7,300 pupils are registered in Faroese municipal primary and lower-secondary schools this year. This figure was almost 7,600 in 2005. The biggest decrease is in the lower-secondary year groups, although the number has also gone down in the younger year groups. The number of pupils in prep schools and remedial classes, on the other hand, has risen in the past 15 years. 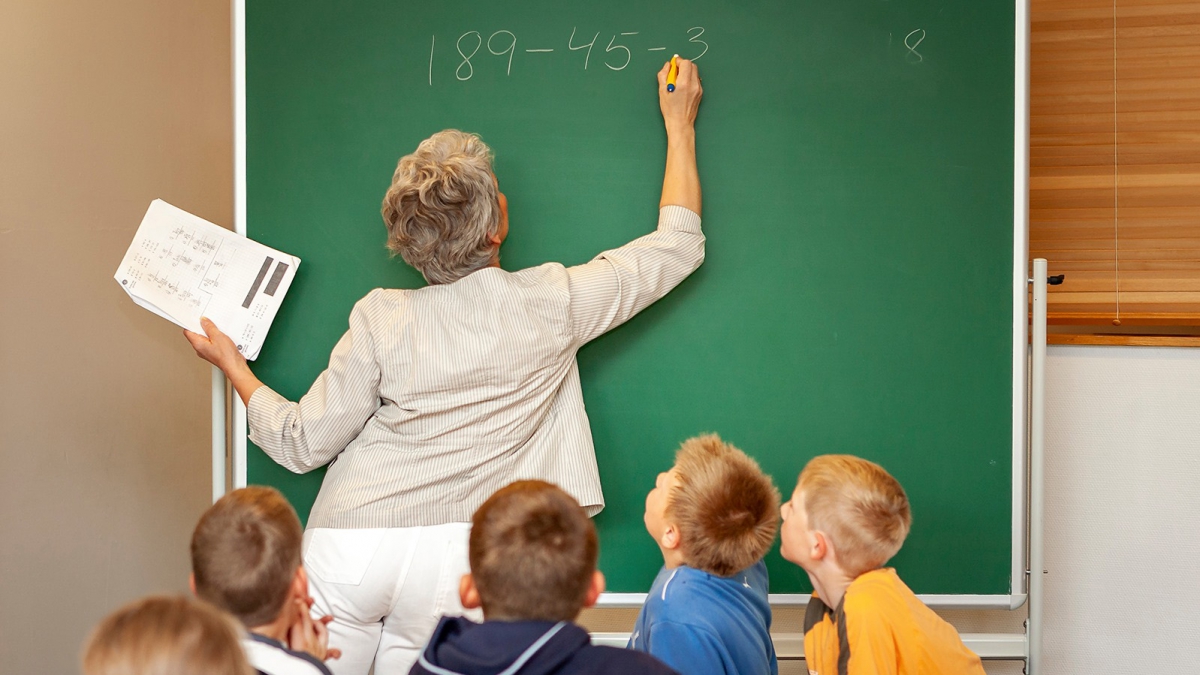 In 2005, almost 7,600 pupils attended Faroese public schools (municipal primary and lower-secondary schools). Ten years later, this figure had come down to 7,200. The period from 2015 to today has seen significant population growth, yet the number of pupils has only increased by 100 in this period.

Changes in pupil numbers by region 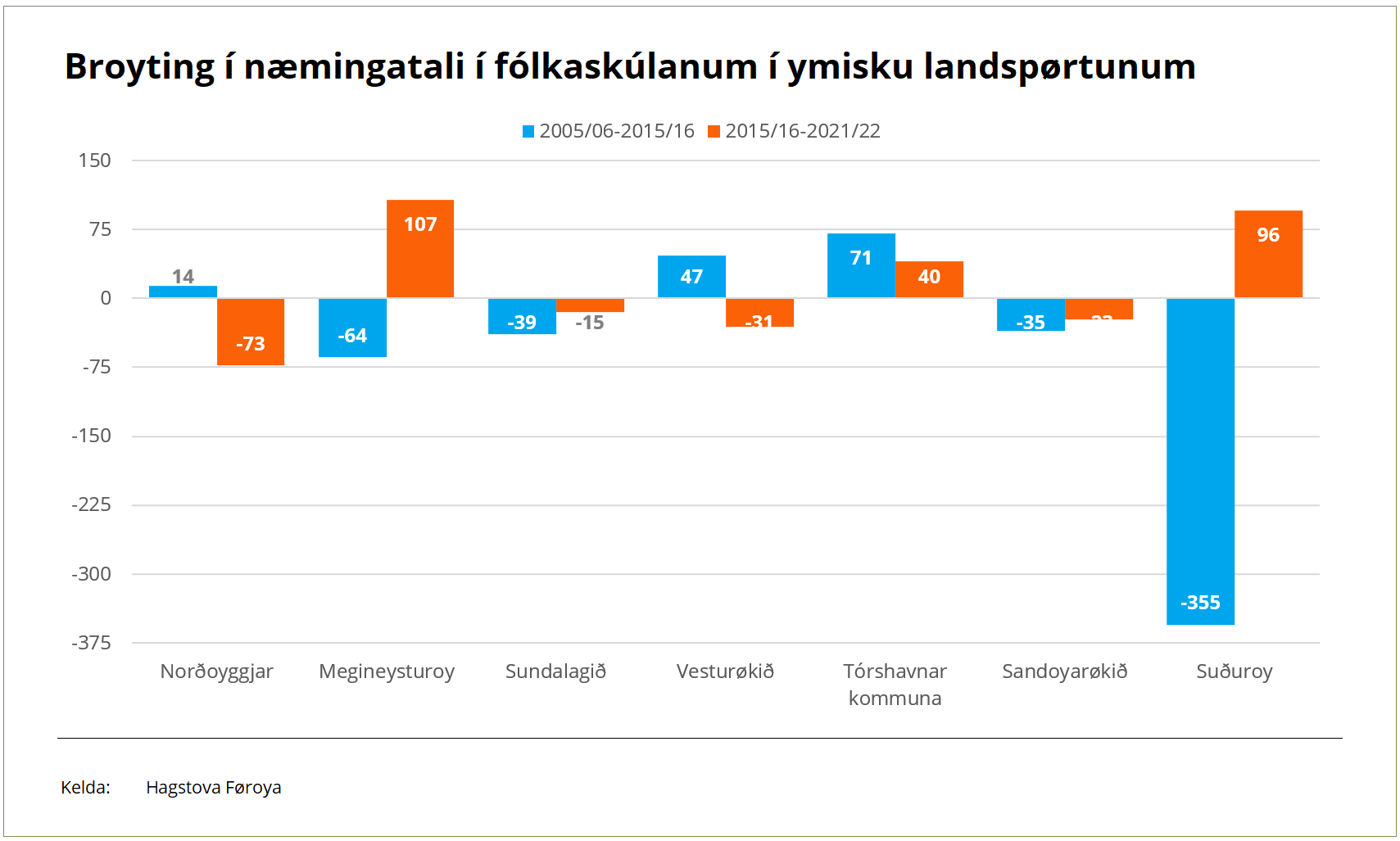 2005-2015:
Suðuroy had by far the biggest decrease in pupil numbers in this period.

2015-2021:
The number of pupils dropped by 107 in Eysturoy and by 96 in Suðuroy. In comparison, the country’s largest municipality, Tórshavn, saw an increase of only 40 pupils. 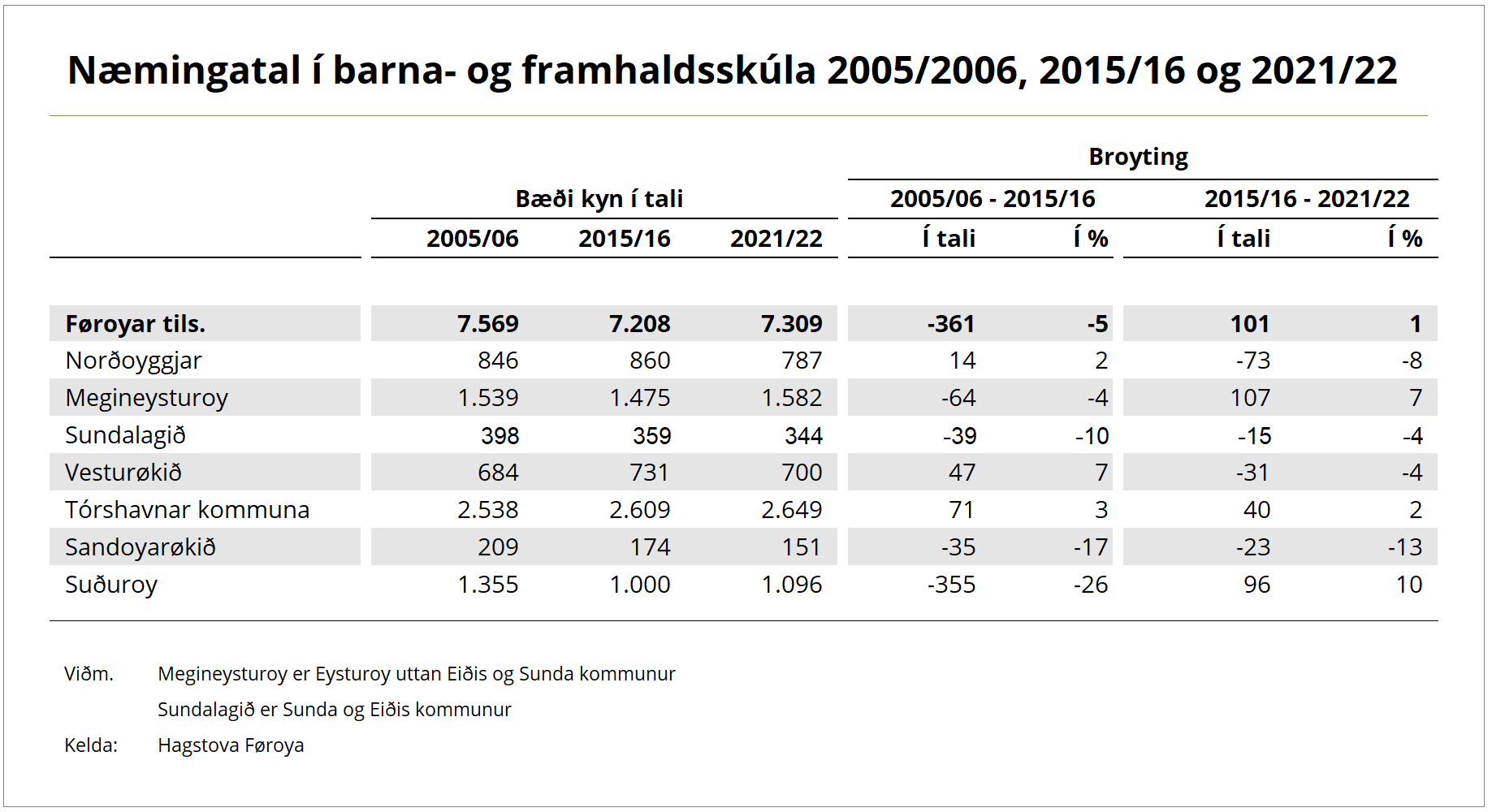 Outlook for the coming years

As mentioned above, the number of school pupils has gone down in the past 15 years. The figures vary significantly across the regions. Statistic Faroe Islands’ population forecast indicates an increase of 430 individuals in the 5-15 age group. One-third of this increase will be in Tórshavn municipality, with the remaining two-thirds spread across the rest of the country. Projecting 20 years into the future, the population forecast indicates a slight decrease in this age group. A small decrease is forecast for the capital region and a small increase outside the capital region.