Induced abortions
09. Mar 2021
Number of abortions down by two-thirds in the past 30 years

There were 28 legally induced abortions in 2020. The average annual figure over the past five years is 24. The figure was at its highest in the late 1980s, with 80-85 abortions per year. 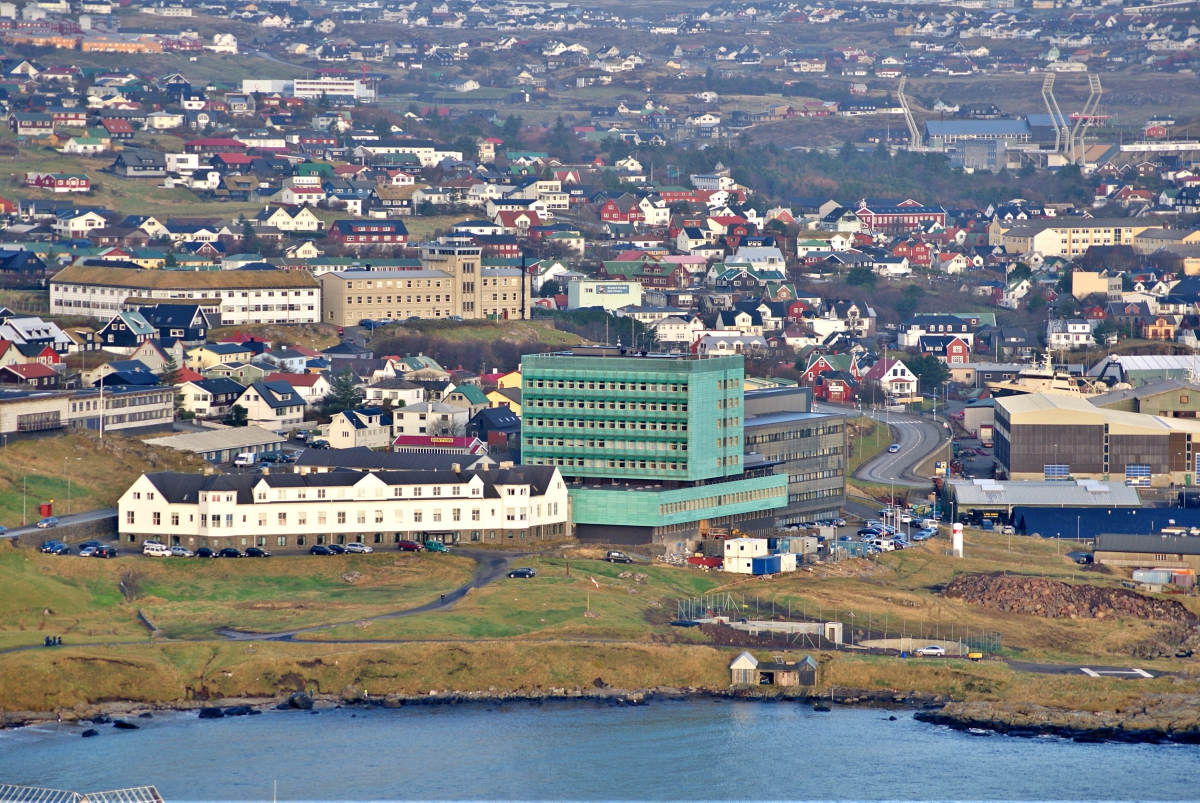 This period has seen a significant change in the number of women of reproductive age and the number of live births. However, the trend is unaffected by these factors, as can be seen in the graph below. 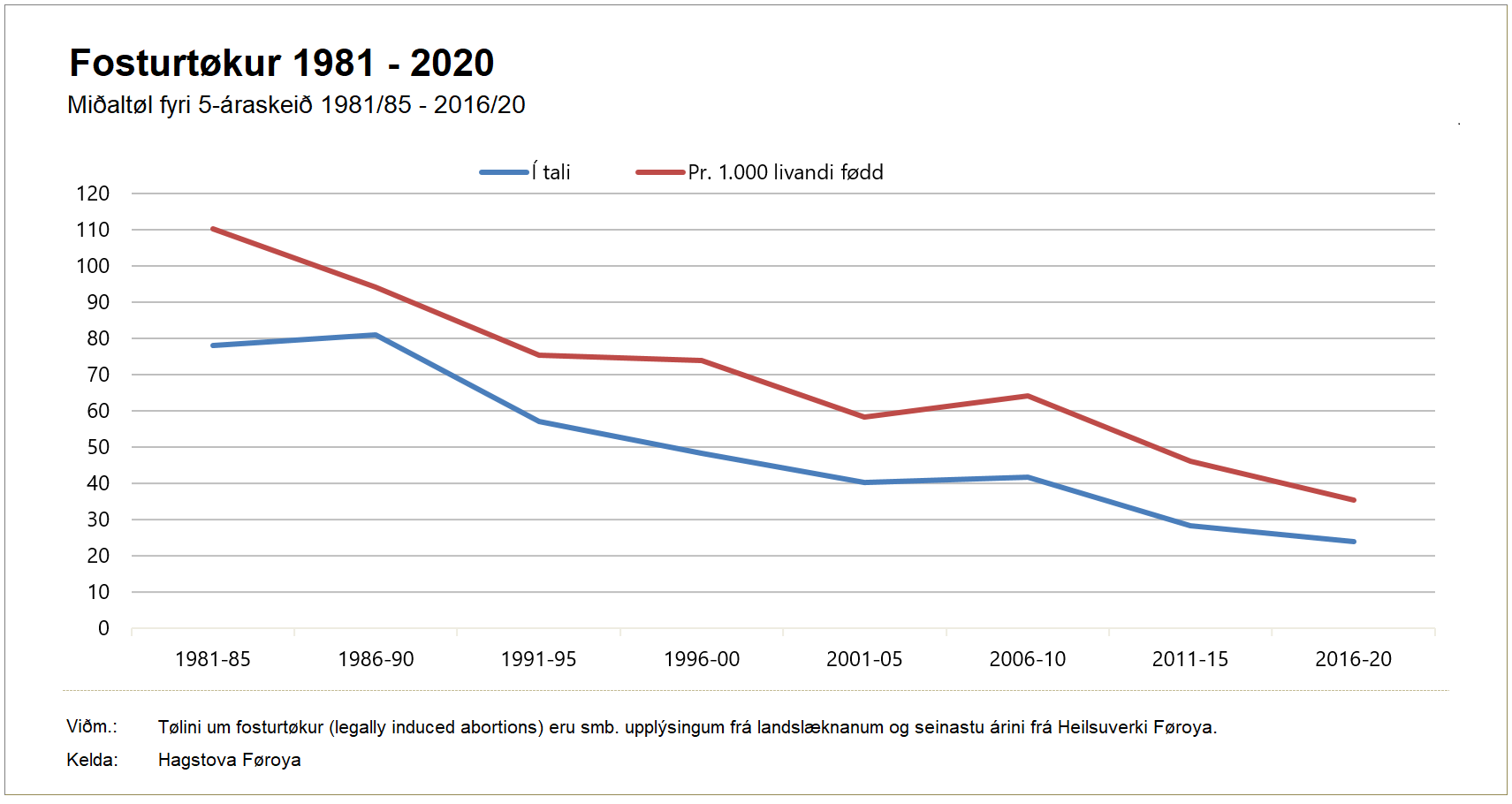 Biggest drop in the younger and older age groups

The abortion rate per age group has changed in recent years, with the rate dropping significantly for the below 25 and above 29 age groups. 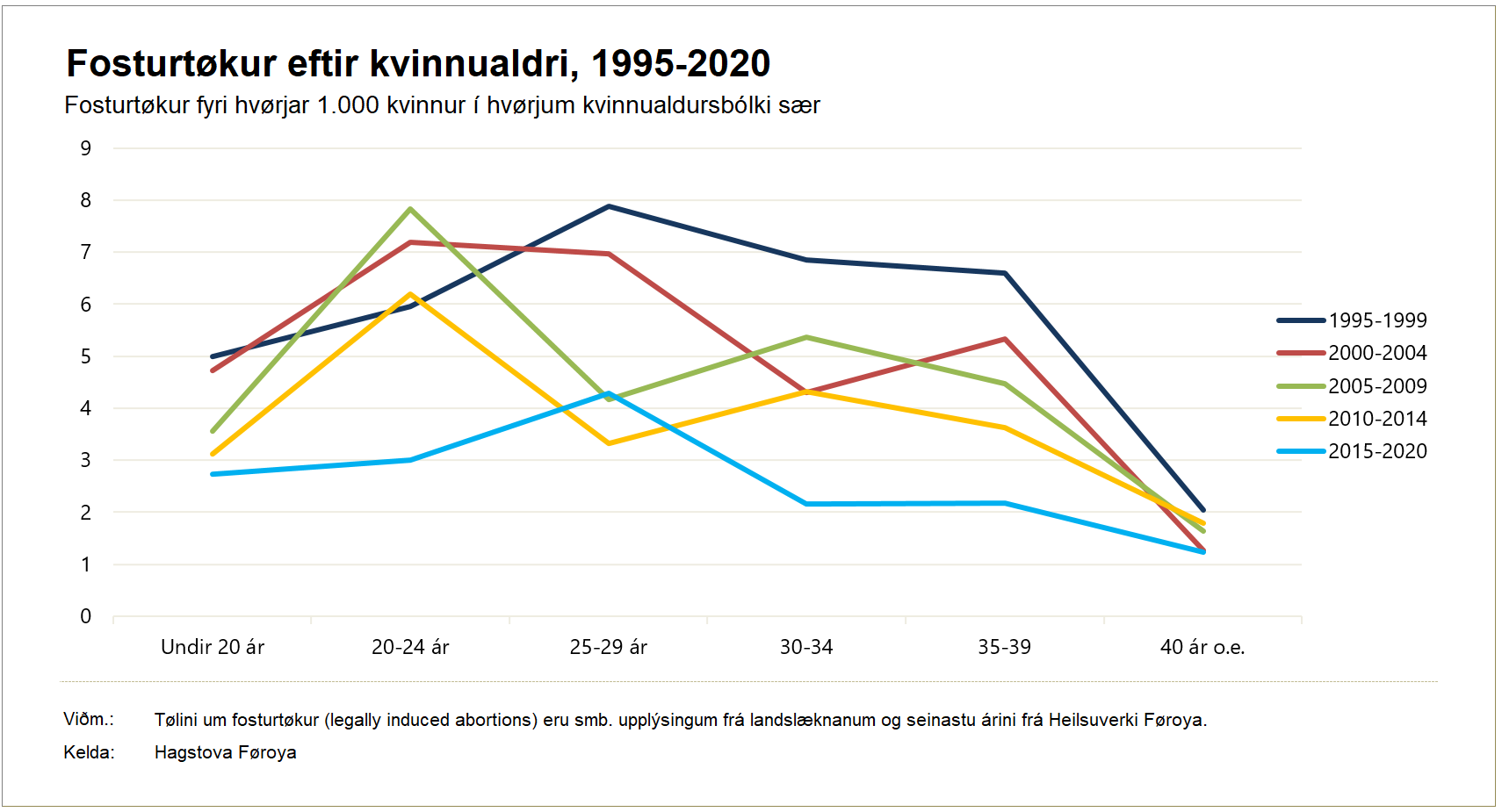 Only Poland has a lower abortion rate than the Faroe Islands

Abortion data from the WHO shows the abortion rates – the number of induced abortions per 1,000 women of reproductive age – in 46 European countries. Poland (which has a near-total ban on all abortions) has the lowest rate, followed by the Faroe Islands. The abortion rates are about eight times higher in the other Nordic countries and about ten times higher in Eastern Europe and Russia than in the Faroe Islands. 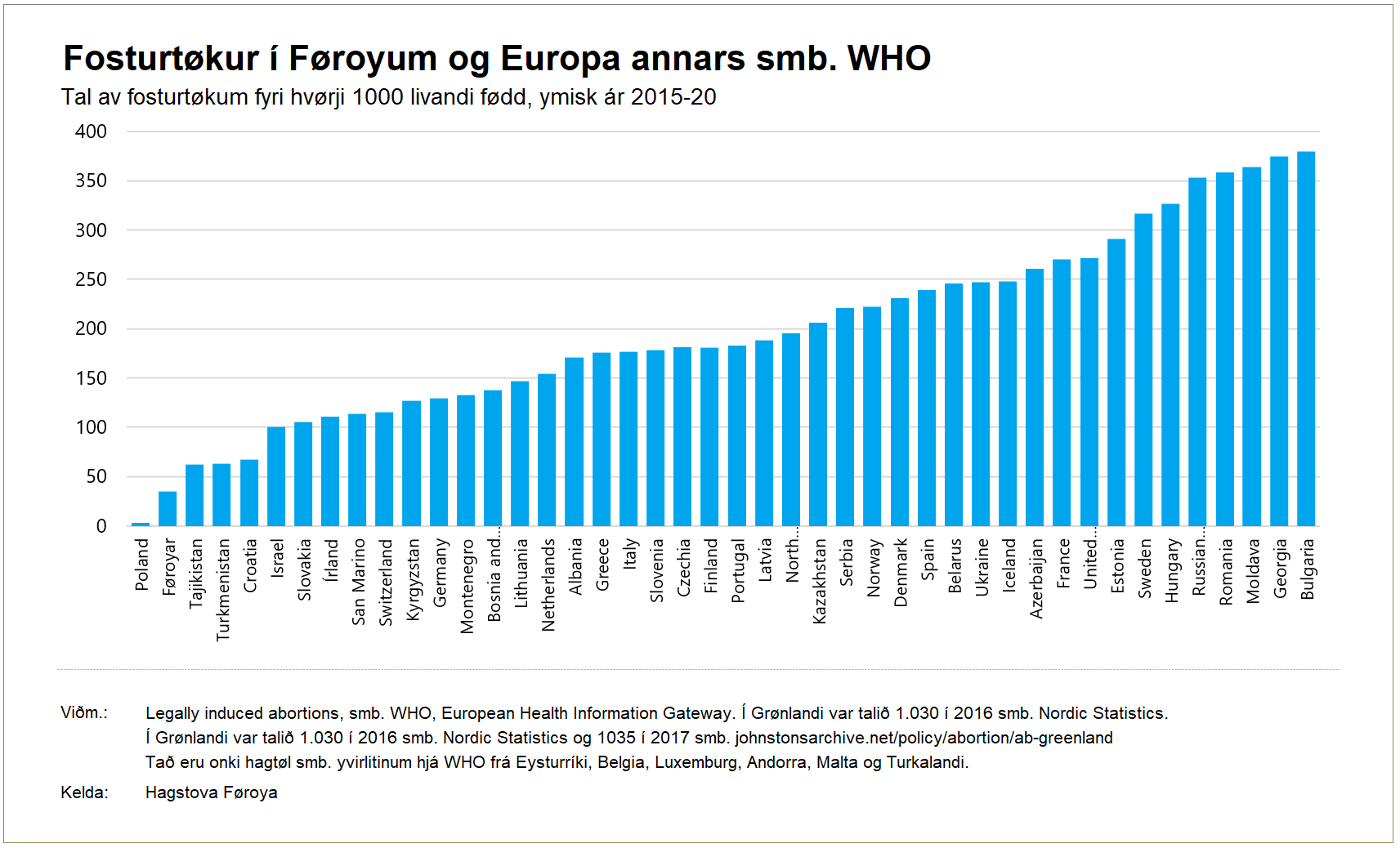