The Faroese population increased by 837 people (1.6%) from 1 April 2020 to 1 April 2021. The highest population growth was in Tórshavn, Klaksvík, Runavík, Eystur and Nes municipalities. The high relative growth in Sandoy and Suðuroy is continuing. 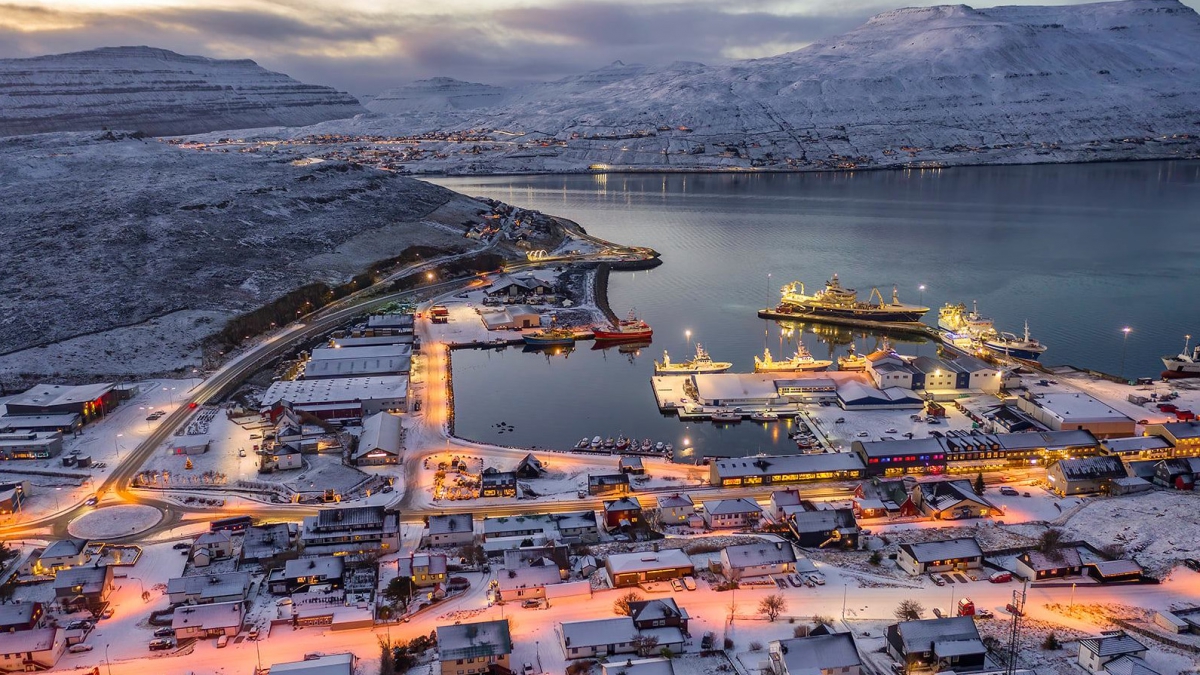 The immigration rate has increased, and the emigration has decreased rate in recent years. This trend has changed somewhat in the past year, with both rates dropping, the former slightly more than the latter, leaving a slightly lower net migration rate.

The solid lines in the graph below show the trend for immigration and emigration. 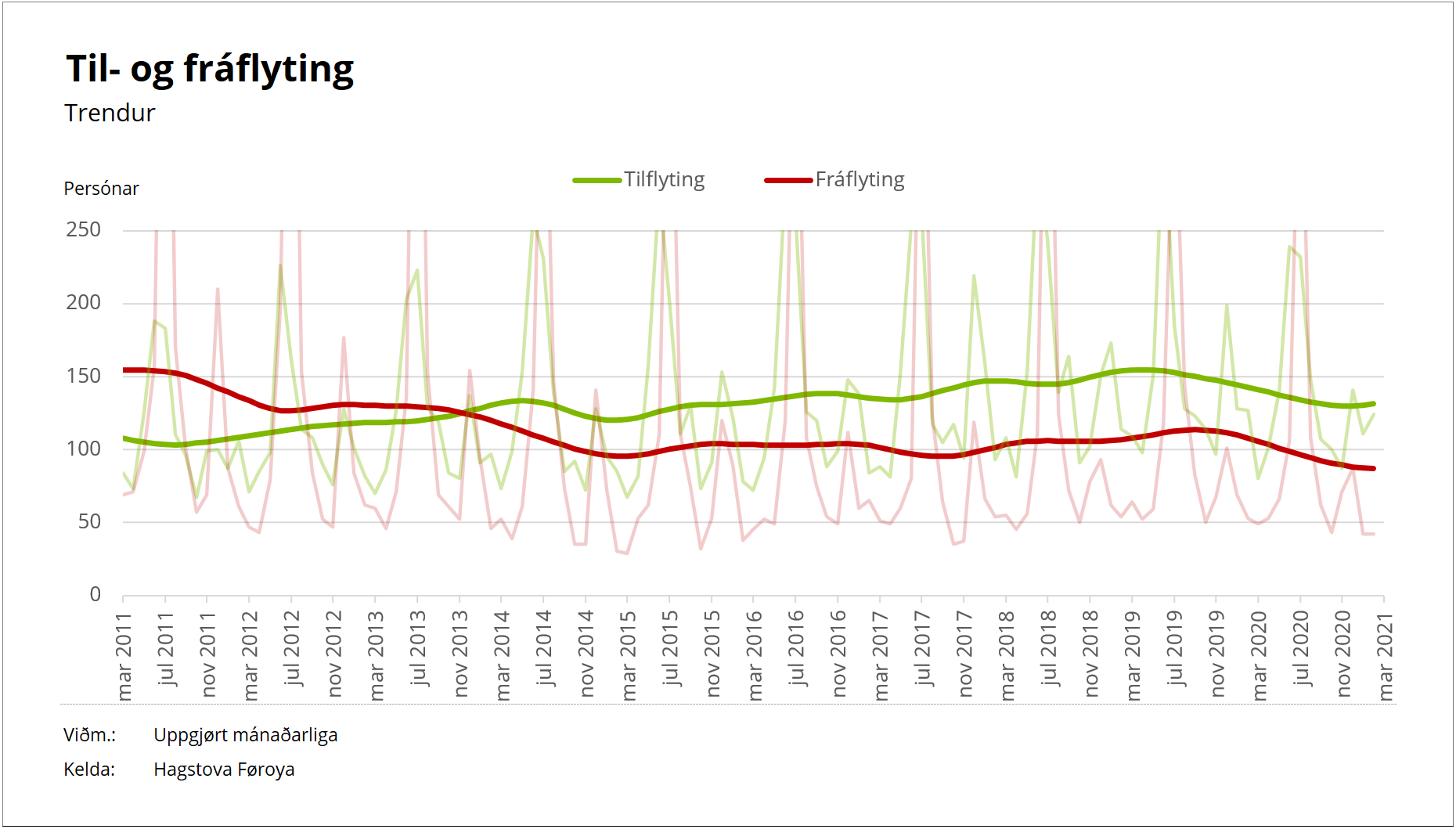 The excess of births over deaths has been on a steady increase in recent years. Although the total population has increased by approx. 5,000 people since 2014, the average monthly number of deaths has remained steady at about 30. The number of live births, on the other hand, has increased significantly over the same period, up to between 55 and 60 live births per month. Thus, the excess of births over deaths continues to give an increasing contribution to the total population.

The solid lines in the graph below show the trend in live births and deaths.

The population trend continues to vary across the 29 munipalities. The highest growth is seen in the largest municipalities, with Tórshavn, Klaksvík, Runavík, Eystur and Nes municipalities accounting for 79% of the total population growth.

Sandur and Skopun municipalities have enjoyed a relatively high population growth, seeing a 4% year-on-year increase, equivalent to 21 and 23 people, respectively.

Suðuroy is also seeing continued population growth. The two largest municipalities on the island, Tvøroyri and Vágur, have enjoyed the highest growth, with a combined year-on-year growth of 59 people.

The table below shows the population by municipality from April 2020 to April 2021.