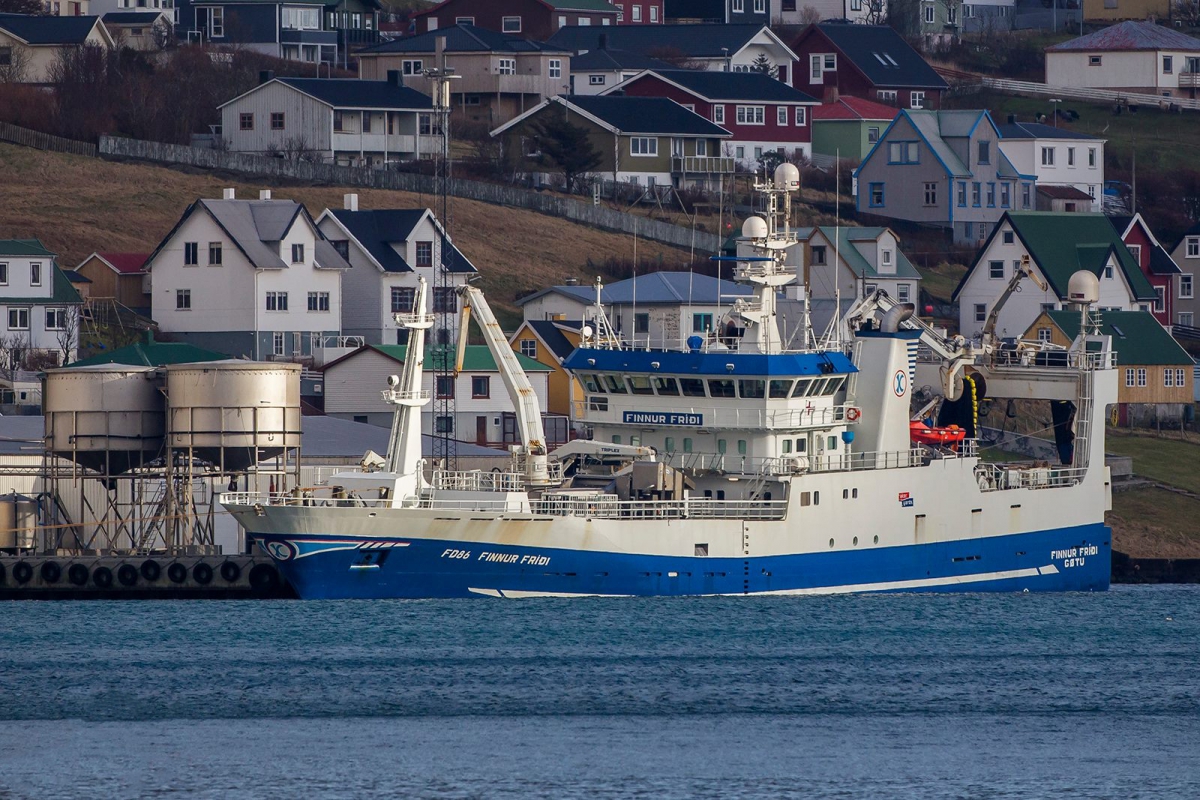 The catch volume of haddock caught in Faroese waters dropped by almost a quarter, while the coalfish volume saw a slight decrease compared to 2019.

There was an increased catch volume in other bottom fish species such as ling and tusk, increasing in volume last year by 21% and 36%, respectively.

Last year’s total catch value saw a year-on-year drop of a quarter (DKK 228 million). The catch value of cod went down by more than half and by almost a quarter for haddock. 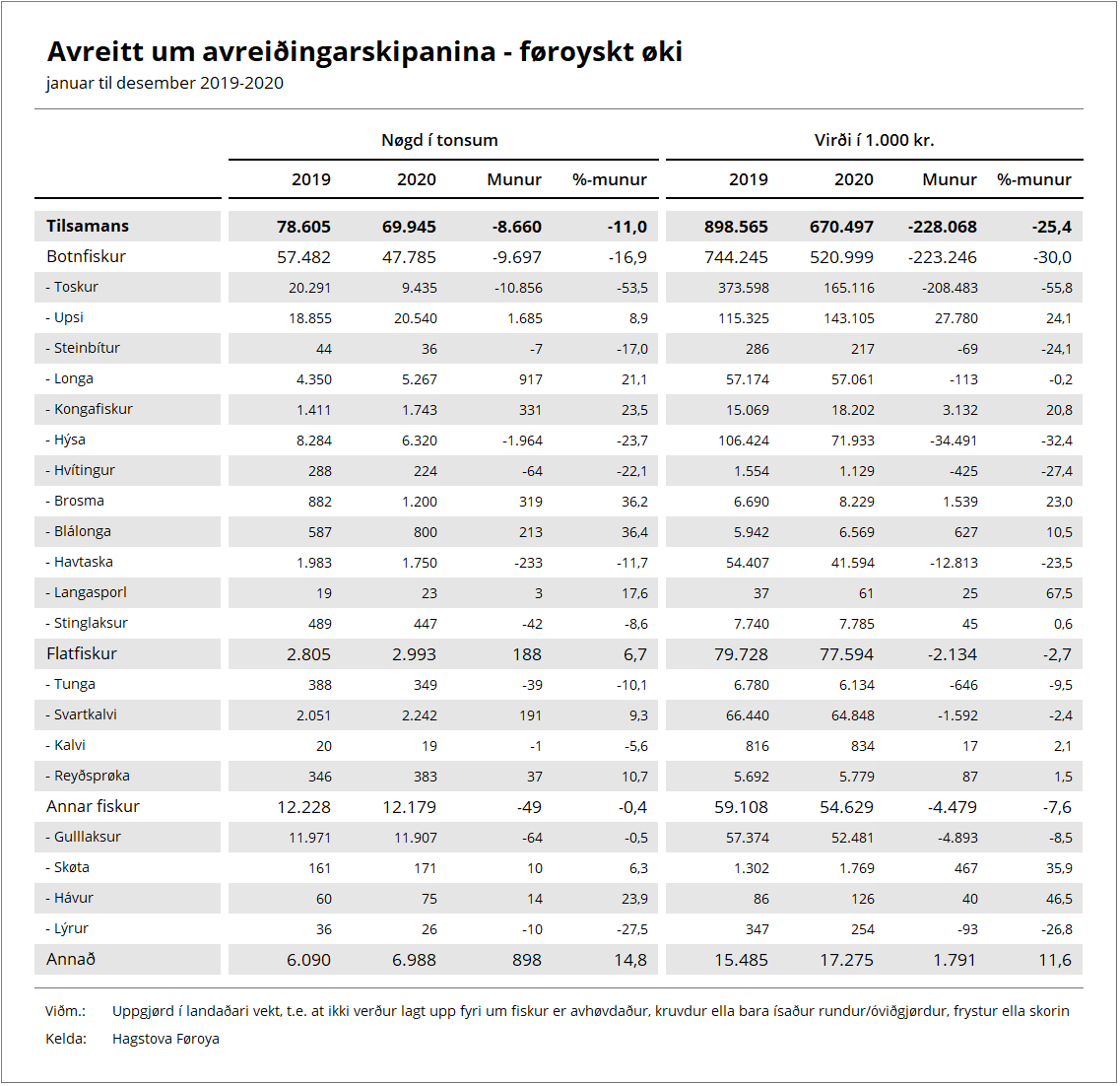 The catch volume of pelagic fish caught in all areas was about the same last year as in 2019. The same is true for the catch value.

The catch volume of blue whiting and mackerel went up slightly, by 2% and 11%, respectively. Blue whiting prices increased slightly, while mackerel prices saw a slight decline. The figures for herring went down by about 9%, both in terms of volume and value.