Løntakarar
24. mar 2020
Major industry branch changes in the labour market over the past five years

Below is an analysis of changes within each industry sector over the past five years. 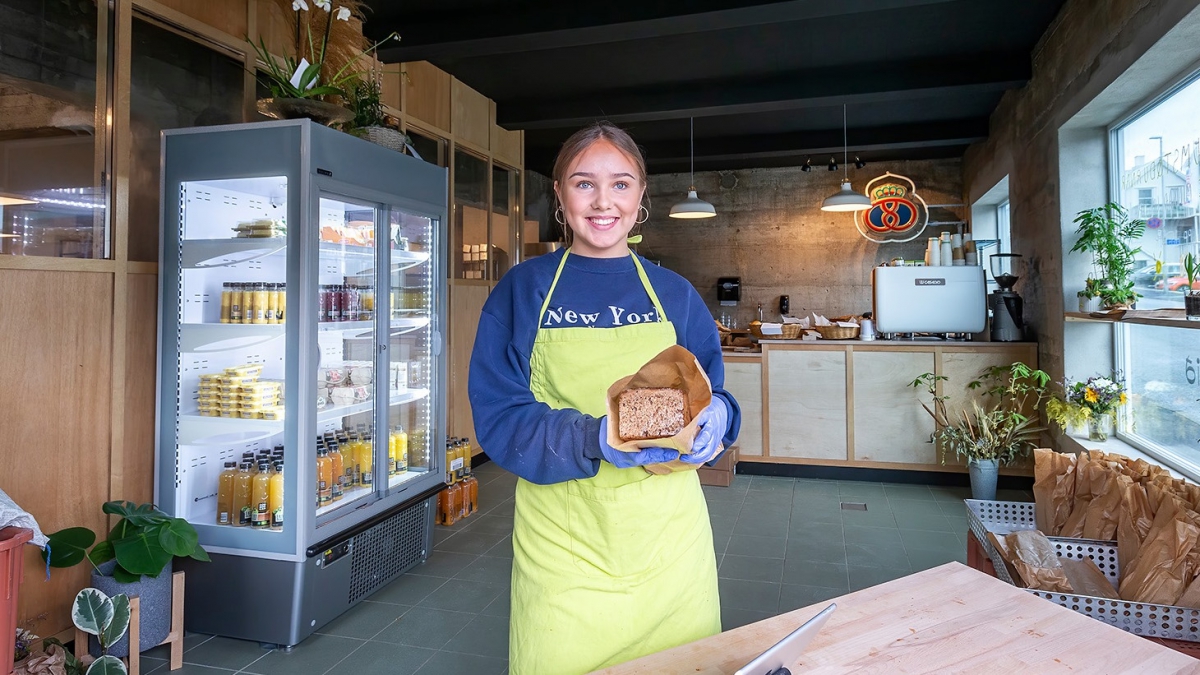 The Faroese labour market has seen a total increase of about 3,700 employees in the past five years. This figure can be broken down as follows: 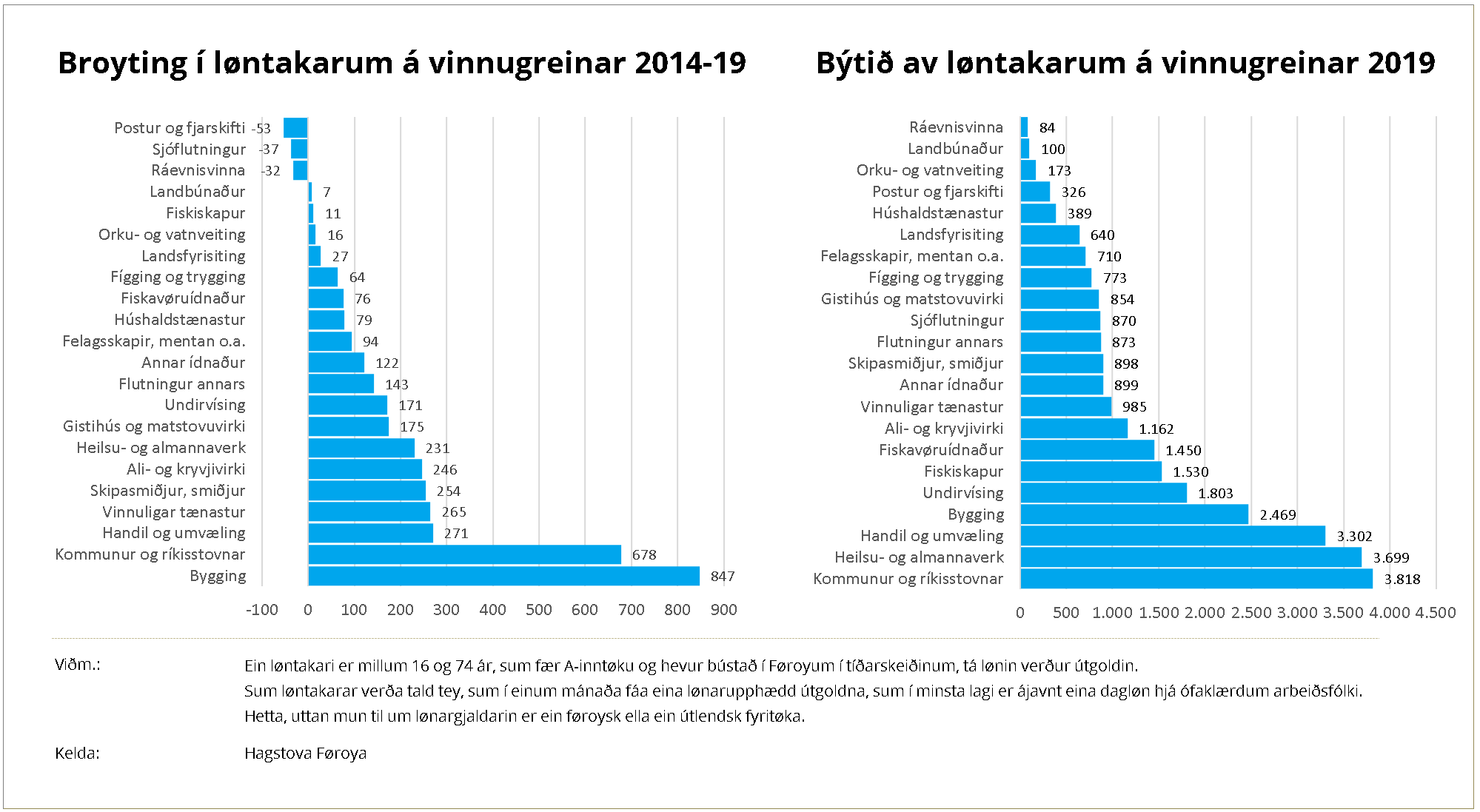 In the growth from 2014 to 2019, two sectors stand out: ‘construction’ and ‘municipalities and state institutions’. 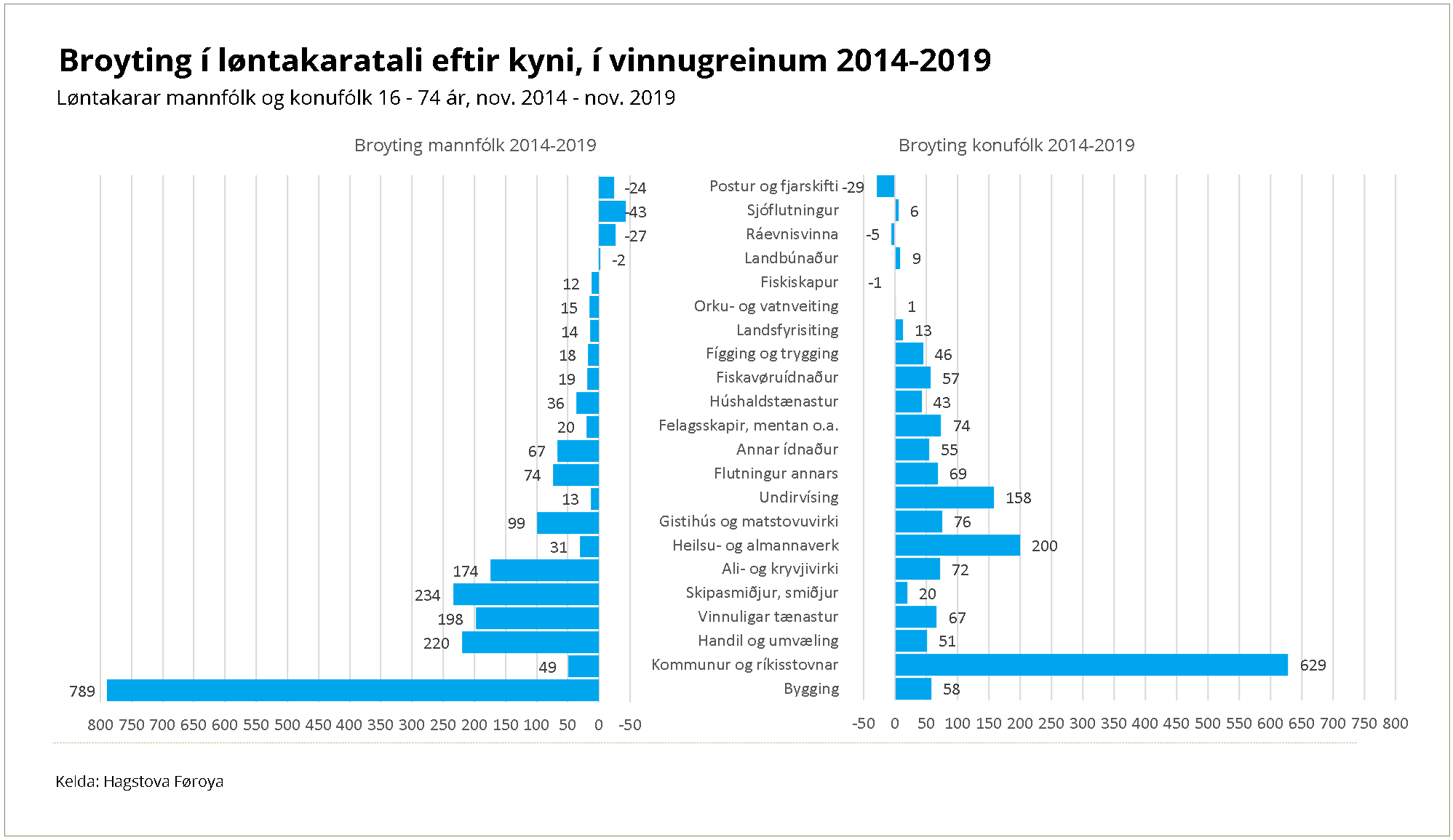 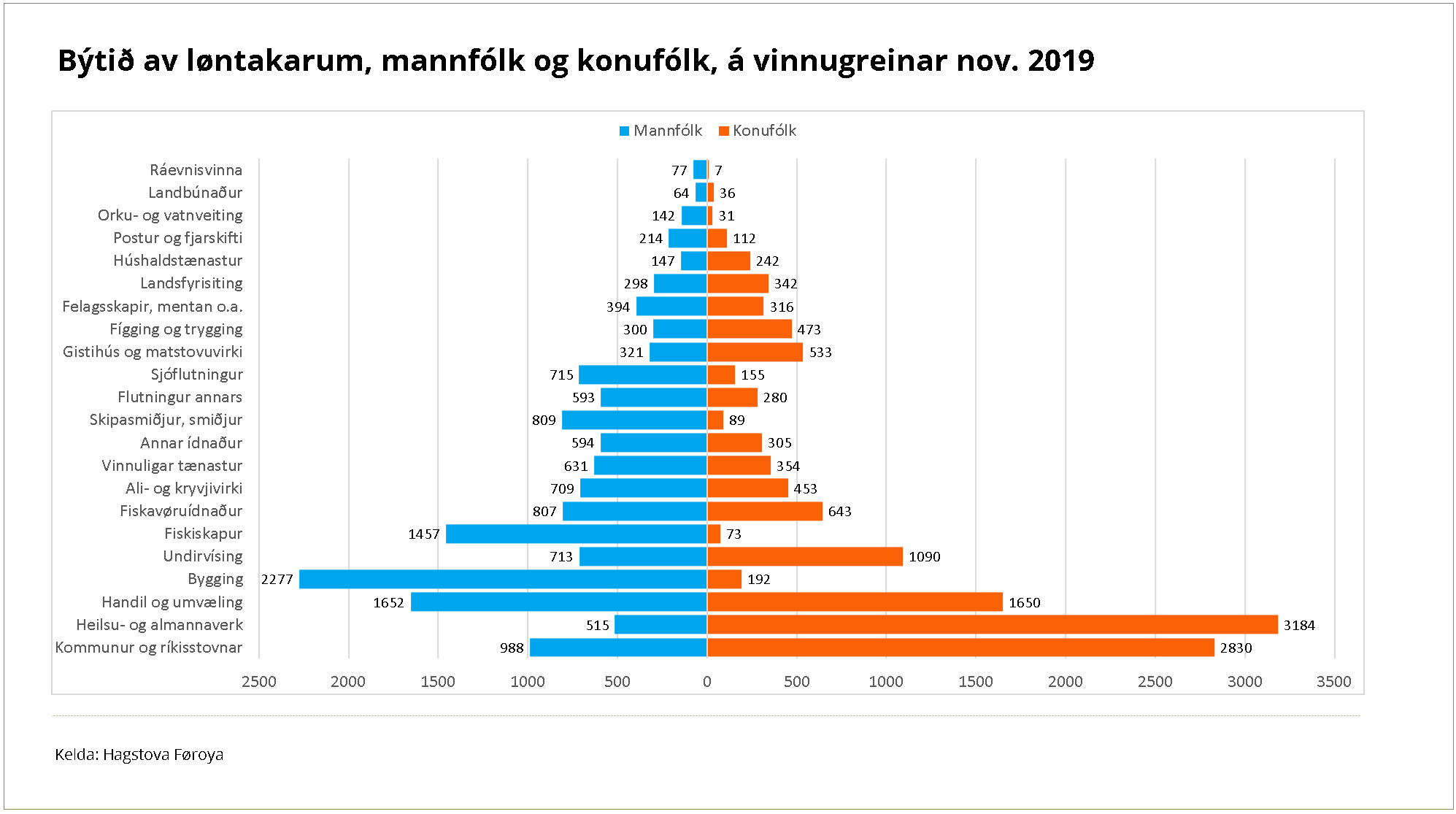 The gender gap in the labour market has seen further growth in the past five years. 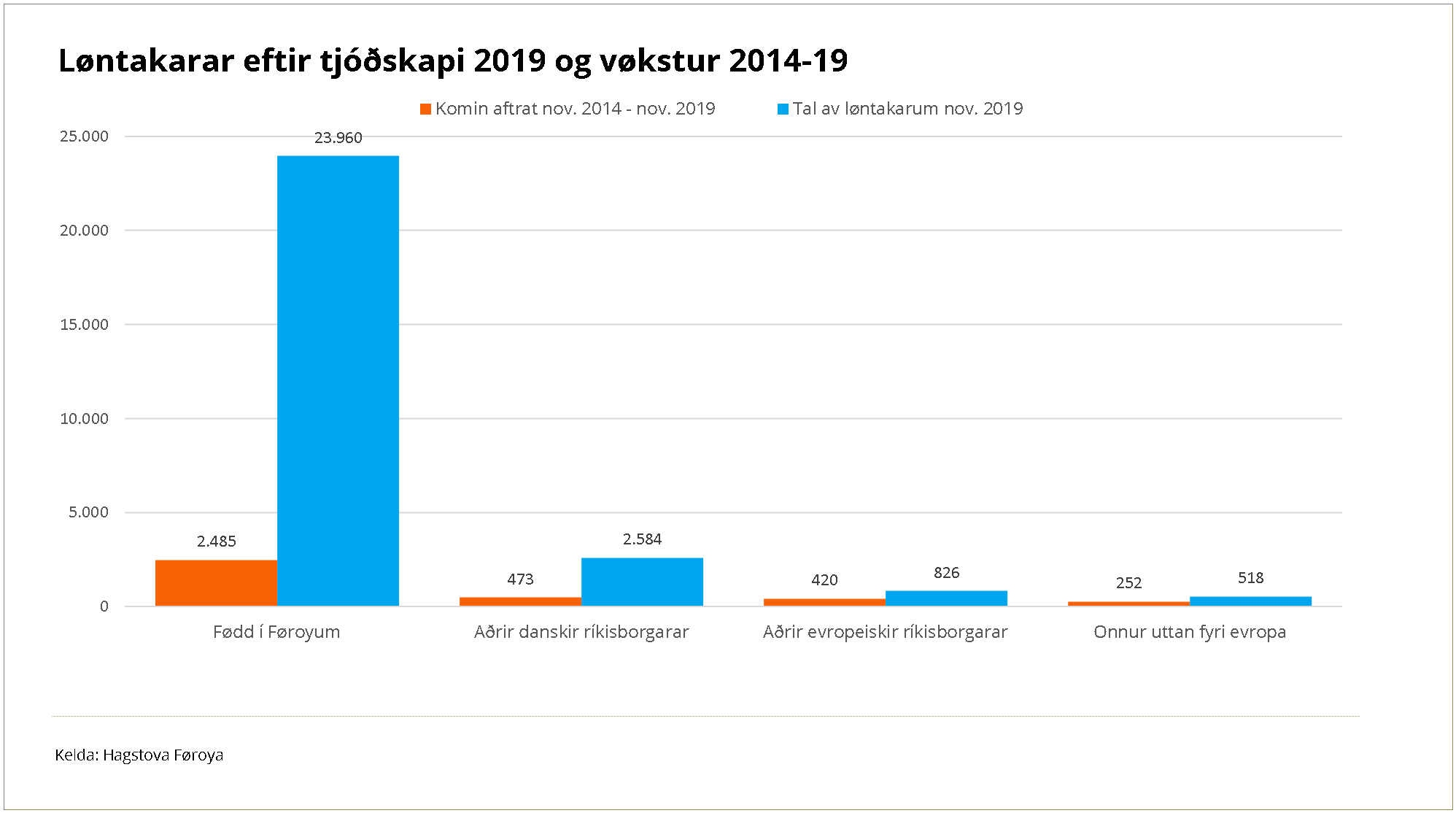 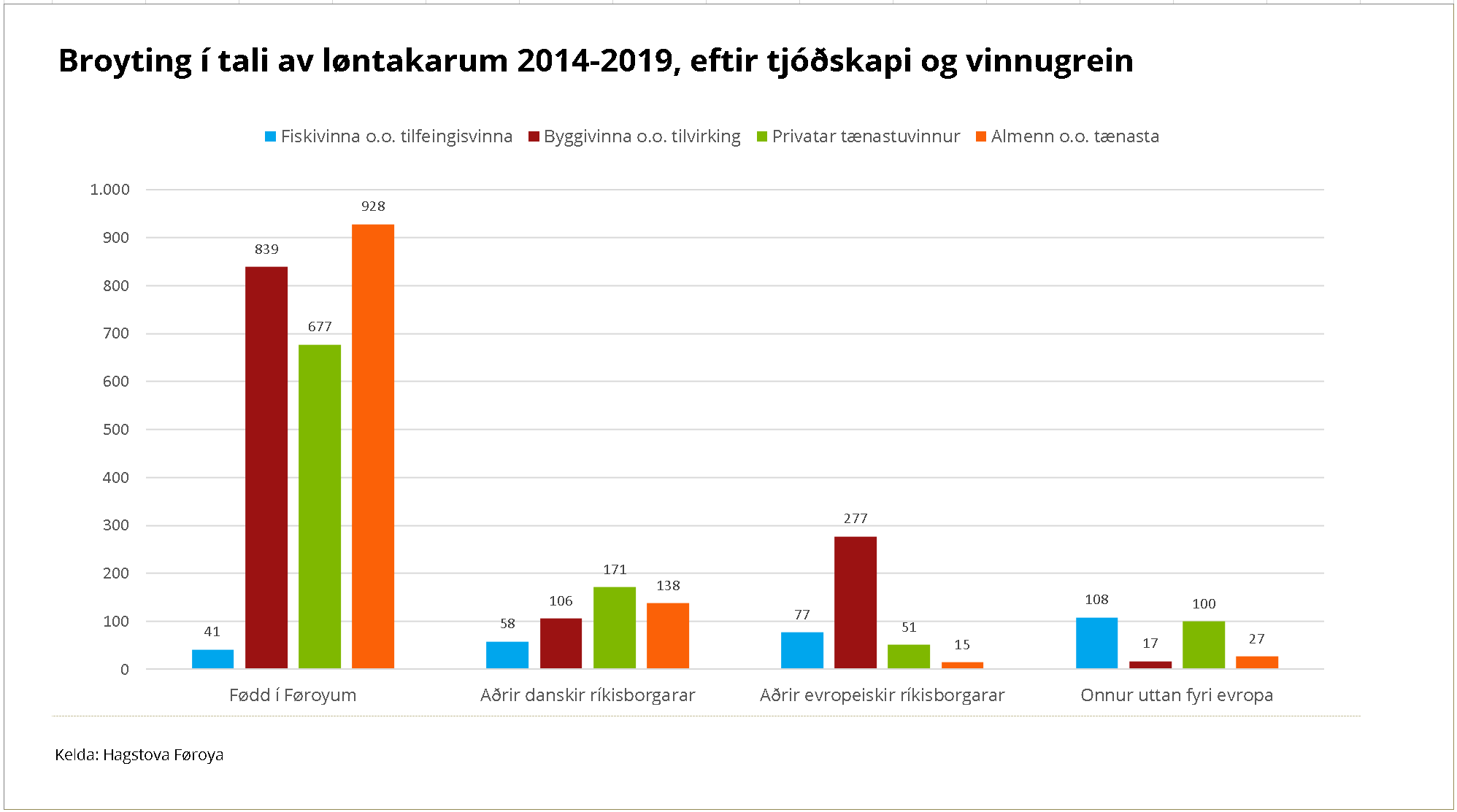 Most new foreign employees work in construction and private services. 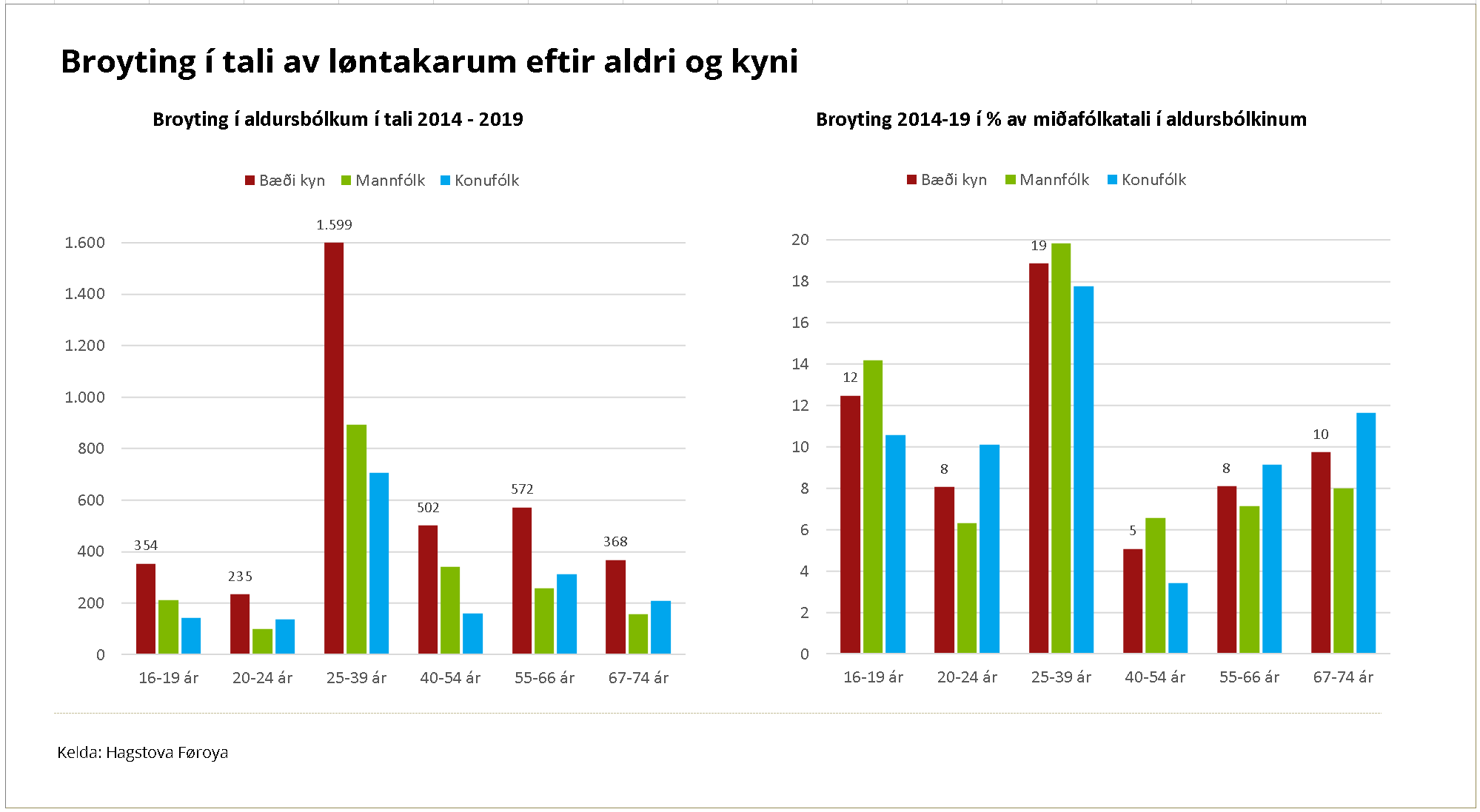 A vast majority of new employees since 2014 are in the 25-39 age bracket. This also applies regarding the increase of employees relative to the population in each age bracket.

An employee is anyone aged between 16 and 74 who earns a wage that is subject to tax at source (PAYE) and resides in the Faroe Islands at the time of wage payment. A person is regarded as an employee if he or she receives a wage payment which is no lower than a day wage for an unskilled worker, regardless of whether the wage is paid by a Faroese or an overseas company.

The annual statement is based on the monthly statement for November.