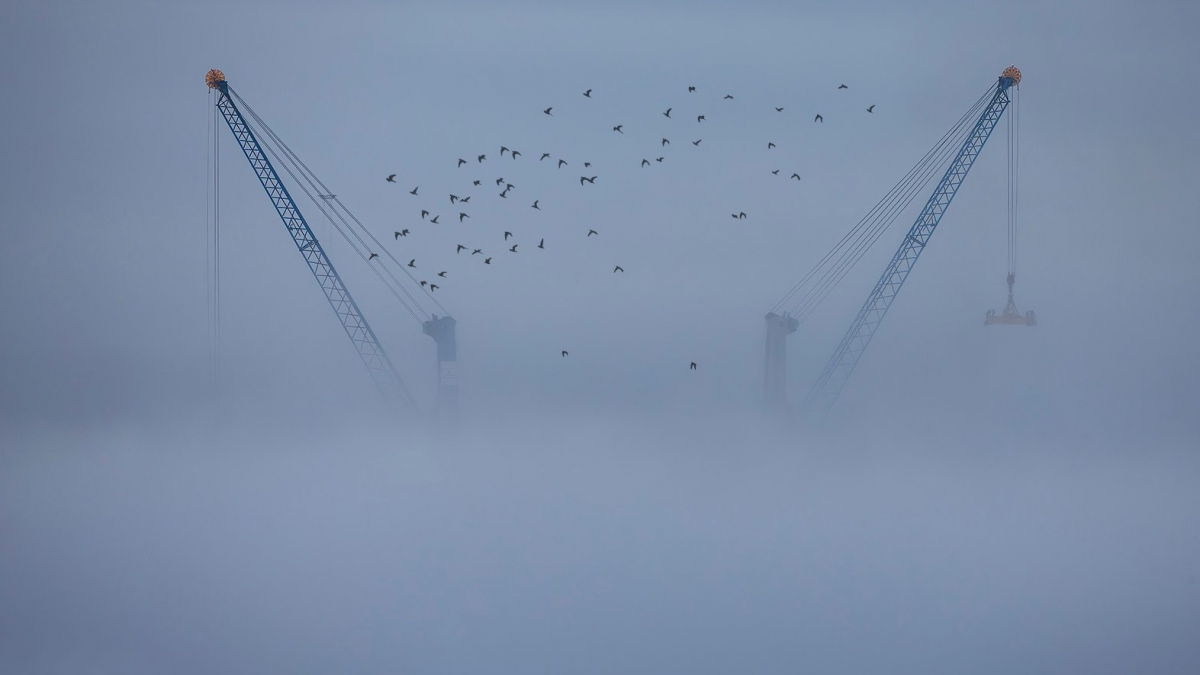 Covid-19 has had a significant effect on Faroese exports.

Export fluctuations are, however, not unusual, and bigger first-half swings have been seen in recent years.

In the first half of this year, exports of most fish species have gone down compared to last year, in both value and volume.

Exports of mackerel and salmon also went down, by DKK 62 million and DKK 105 million, respectively. 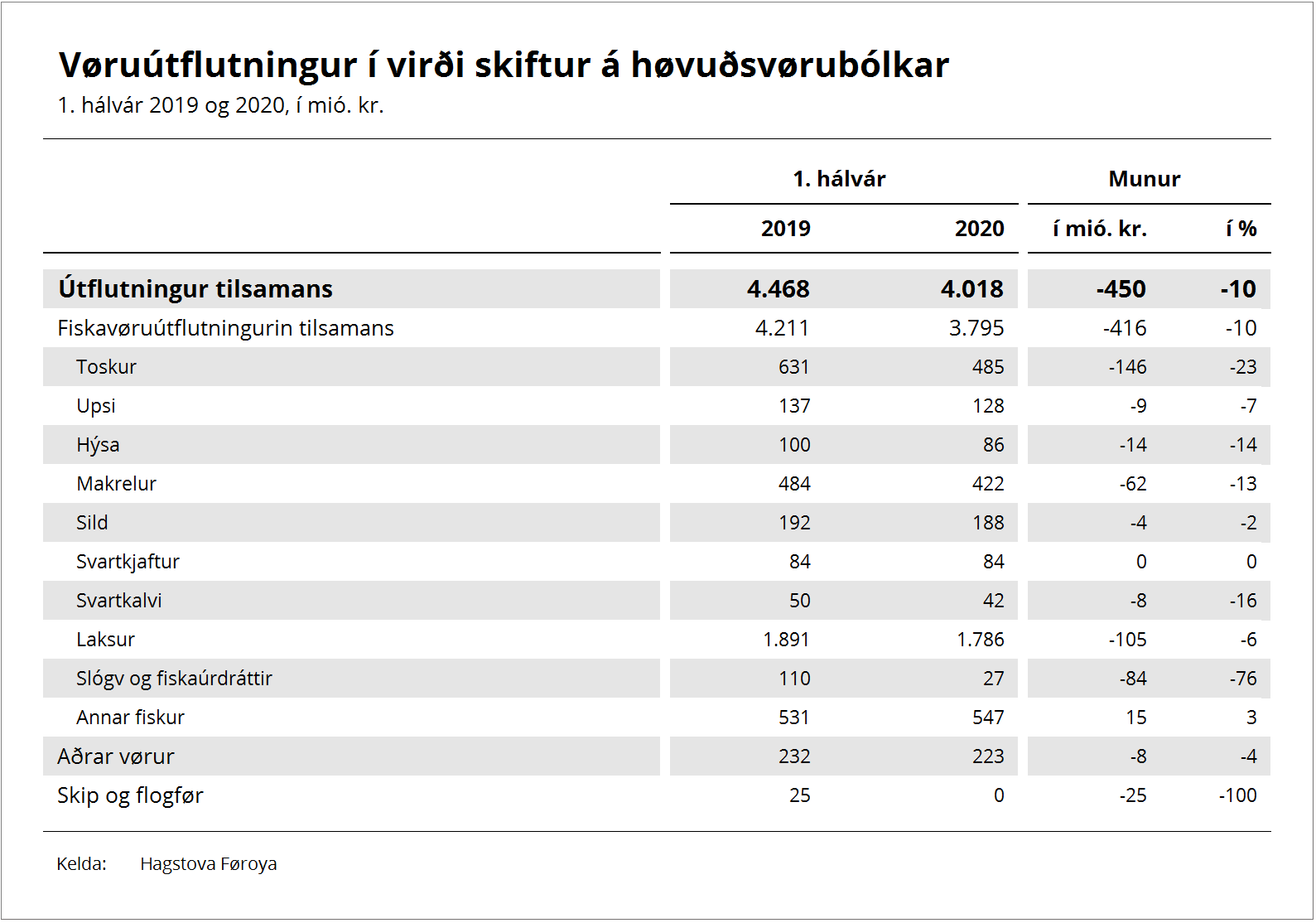 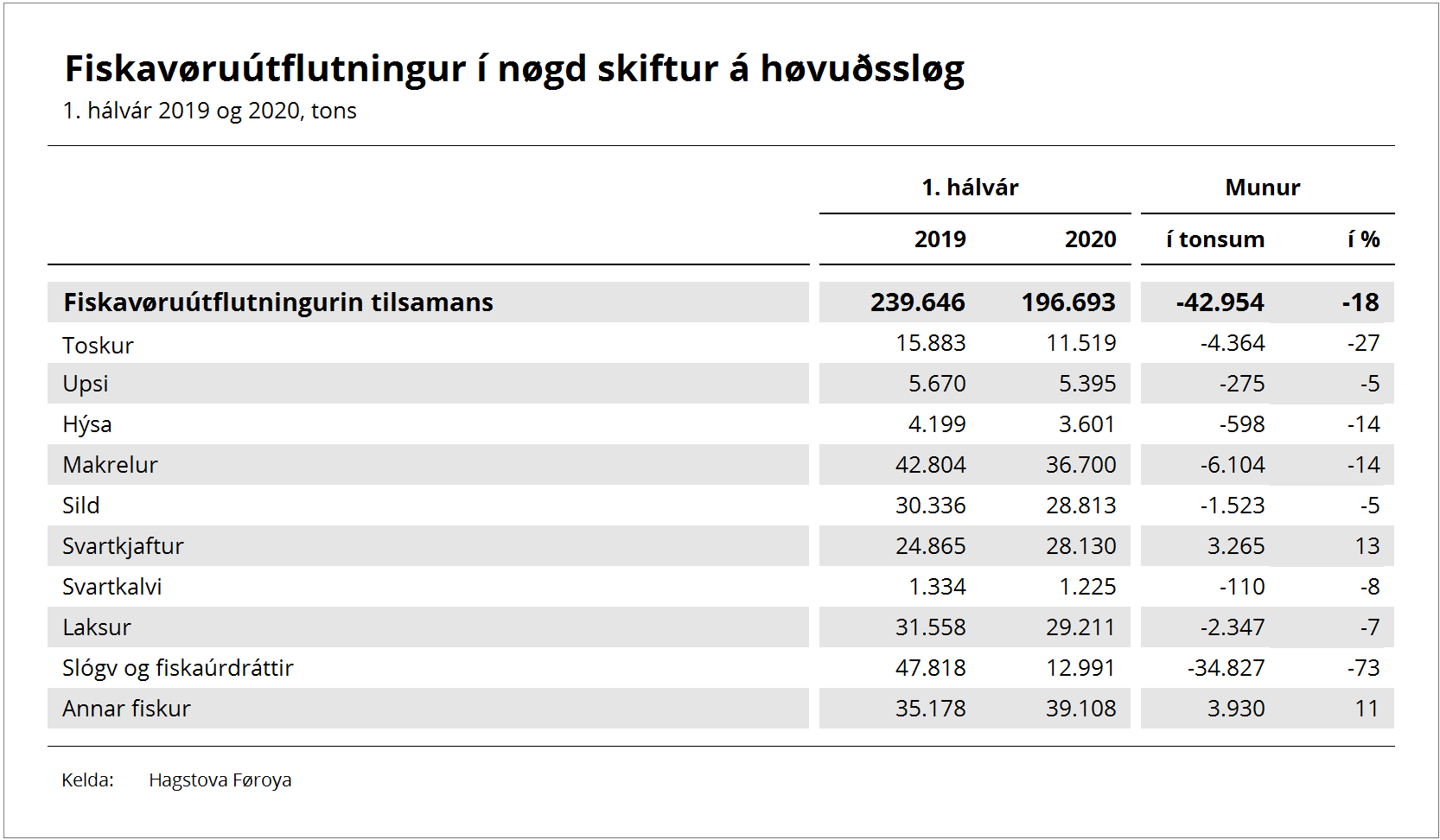