Inntøkubýti
09. okt 2020
Capital region had the highest income in the past decade

Residents in Tórshavn municipality have had the highest income virtually every year since 2009, with the tiny municipality of Kunoy now in a close second. 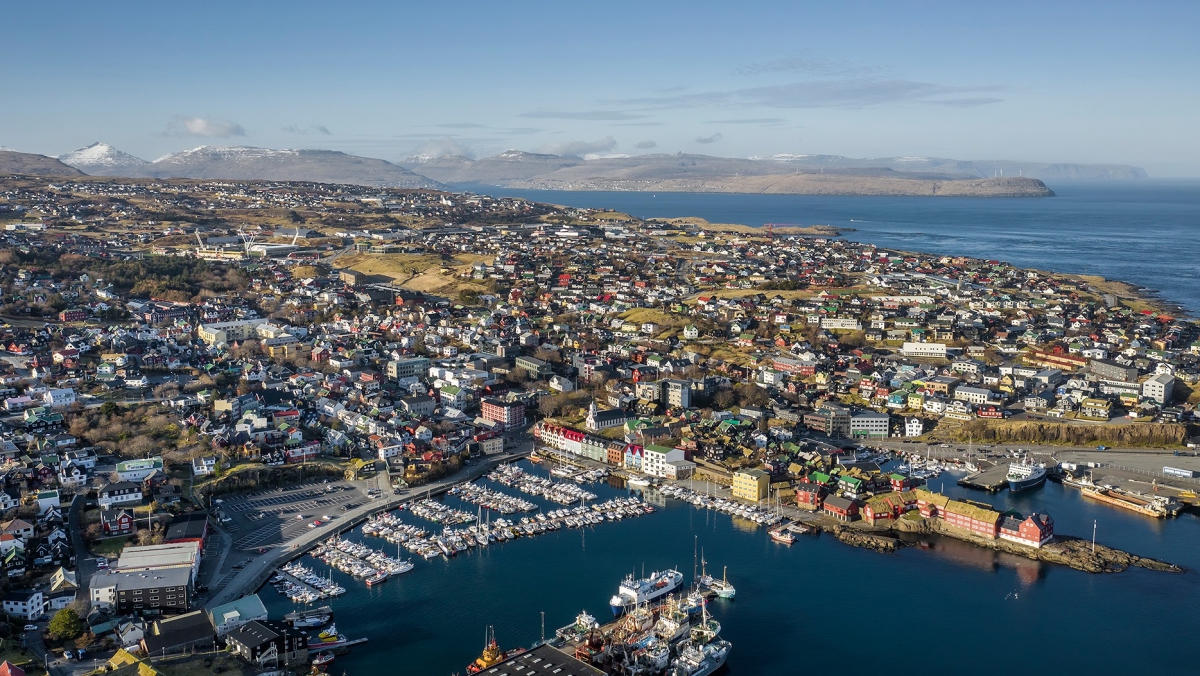 With the 10 November local elections approaching, we take a closer look at the country’s 29 municipalities. This week, we look at the disposable income in each municipality.

Based on 2018 income levels, this survey uses median income figures because average figures can easily be influenced by the income of few individuals, especially in the smaller places, and as such may not give a fair representation of the income tendency.

For readability purposes, ‘the median income’ will be referred to simply as ‘income’ in the article.

The list below shows the income in the 29 municipalities from 2009 to 2018 in three-year intervals. 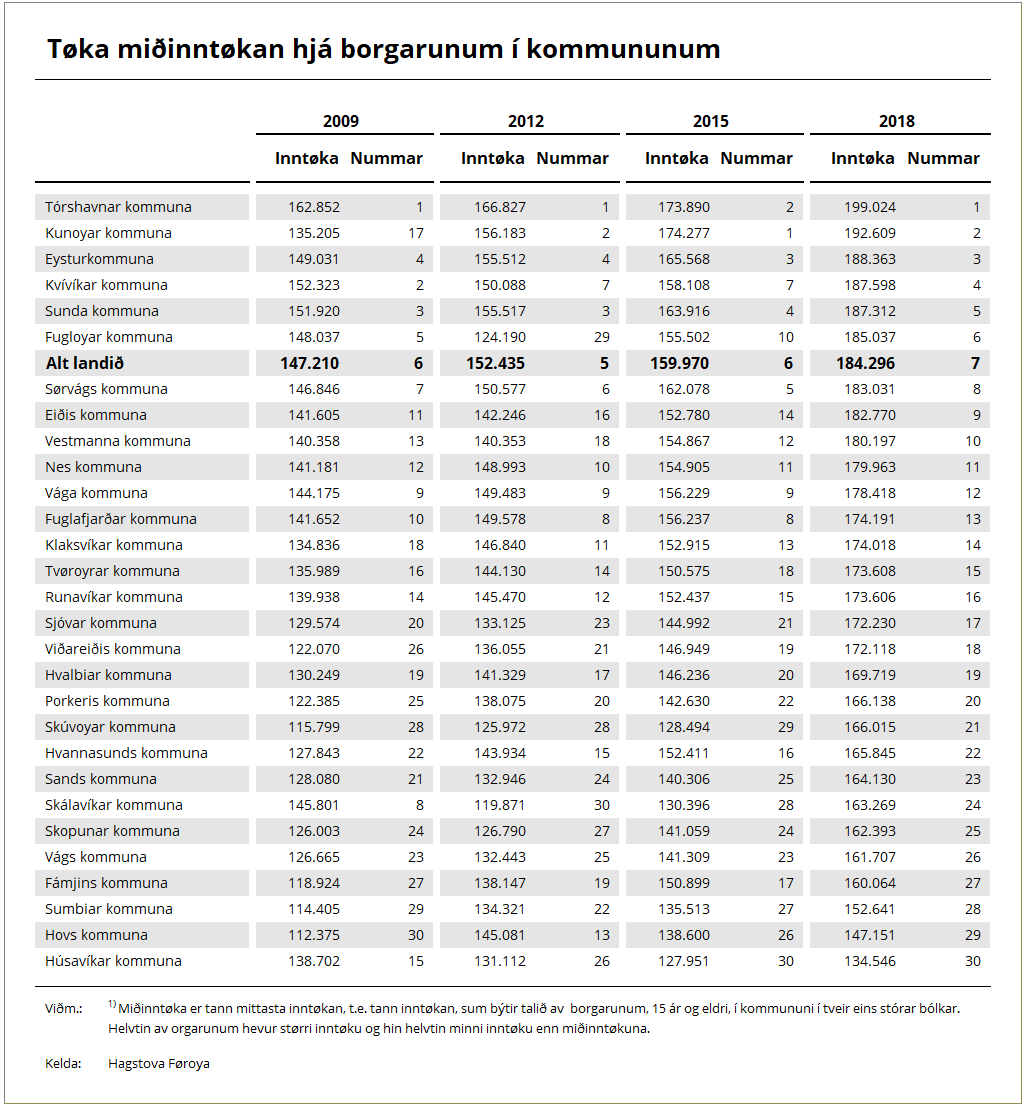 At the bottom of the 2018 list is Húsavík municipality, with an income of DKK 135,000, followed by Hovs and Sumbiar municipalities.

The graph below shows income figures for 2009 and 2018 in ascending order based on the 2018 figures. 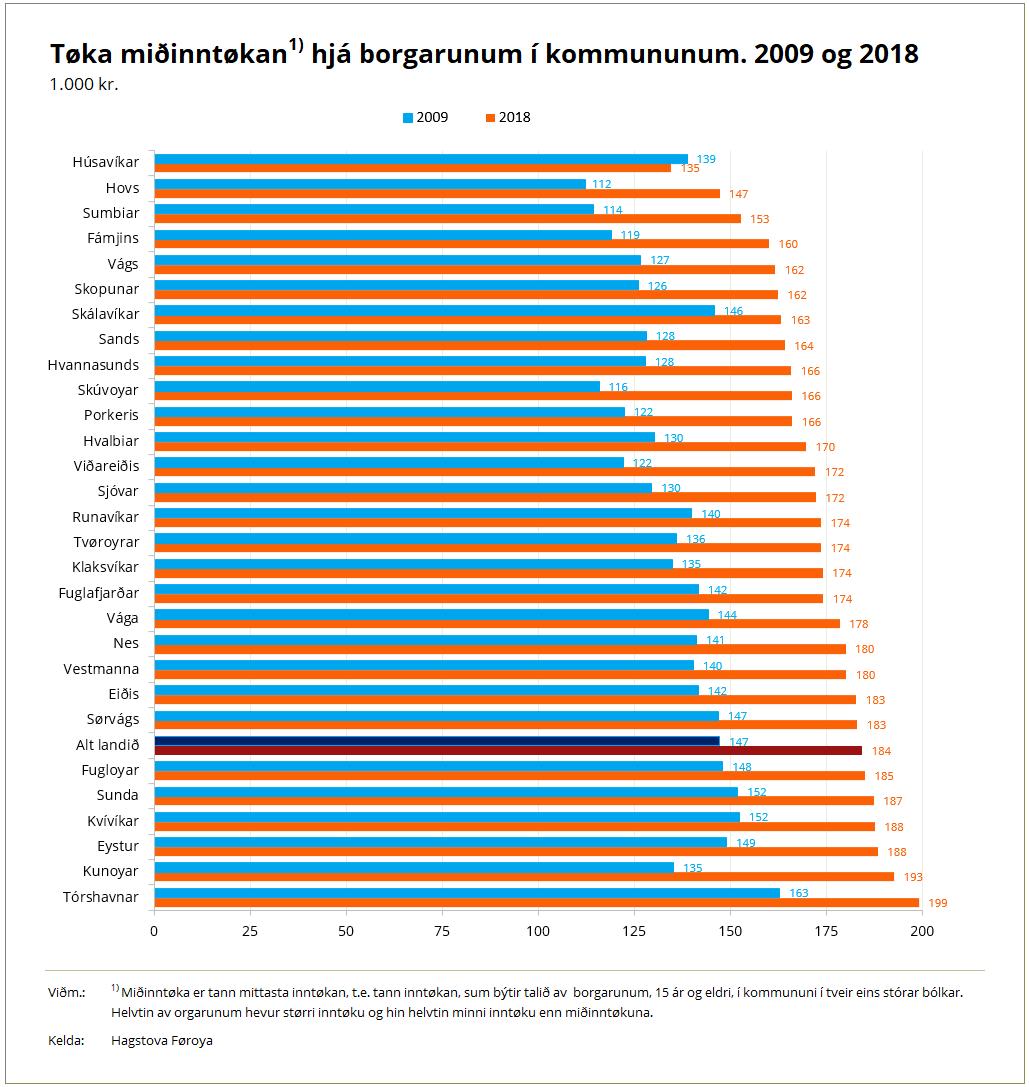