Cod and salmon exports have decreased while exports of pelagic fish have increased. 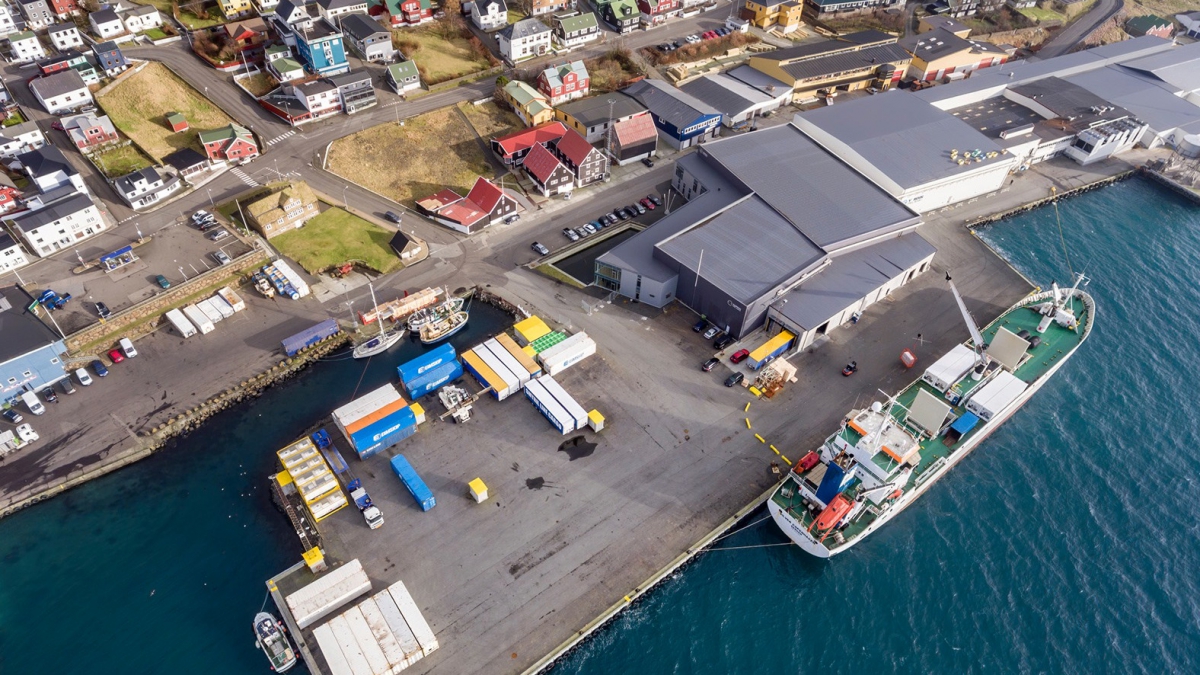 Total exports decreased by almost DKK 400 million (7%) in the first eight months of this year compared to the same period last year.

Salmon and cod are the largest export categories, and this is also where the greatest decline is seen. Salmon exports have dropped by DKK 209 million (-9%) and cod exports are down by DKK 150 million (-19%).

Although salmon and cod exports have also decreased in volume terms, the total export volume has increased in the first eight months of this year compared to the same period last year.

Exports of pelagic fish species such as mackerel, herring and blue whiting have seen a combined export increase of 7% in volume terms. Value exports of mackerel and herring also increased, while blue herring value exports have dropped.

Delays in registrations of exports, mainly due to Faroese ships landing fish abroad, have led to changes dating back to March this year. Because of this, the latest export figures are slightly higher than those reported over the past few months. It may take a few months for a fully representative figure to emerge. 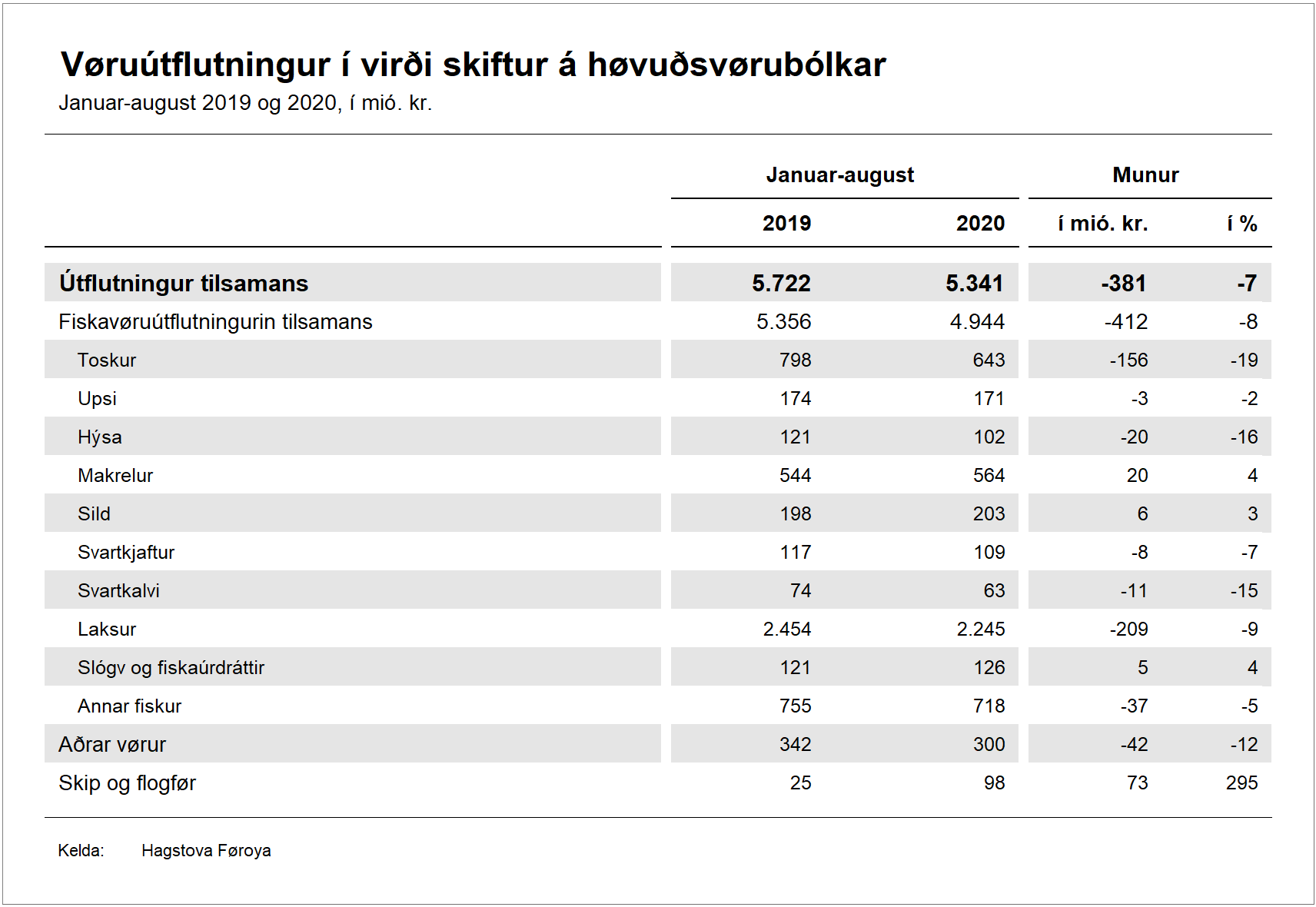